We have quite a few WW2 1/44th/12mm updates for you. There is lots of designing and tooling going on at the moment for this range.

A couple of days ago we received test frames of the eagerly awaited Wespe. German self-propelled artillery. This model looks fantastic and the frame is packed with little extras such as stowage and 4 crew figures. As with all our 12mm range, it is nice and easy to stick together and we can’t wait to see them painted. They have gone into production and will go on sale very soon. 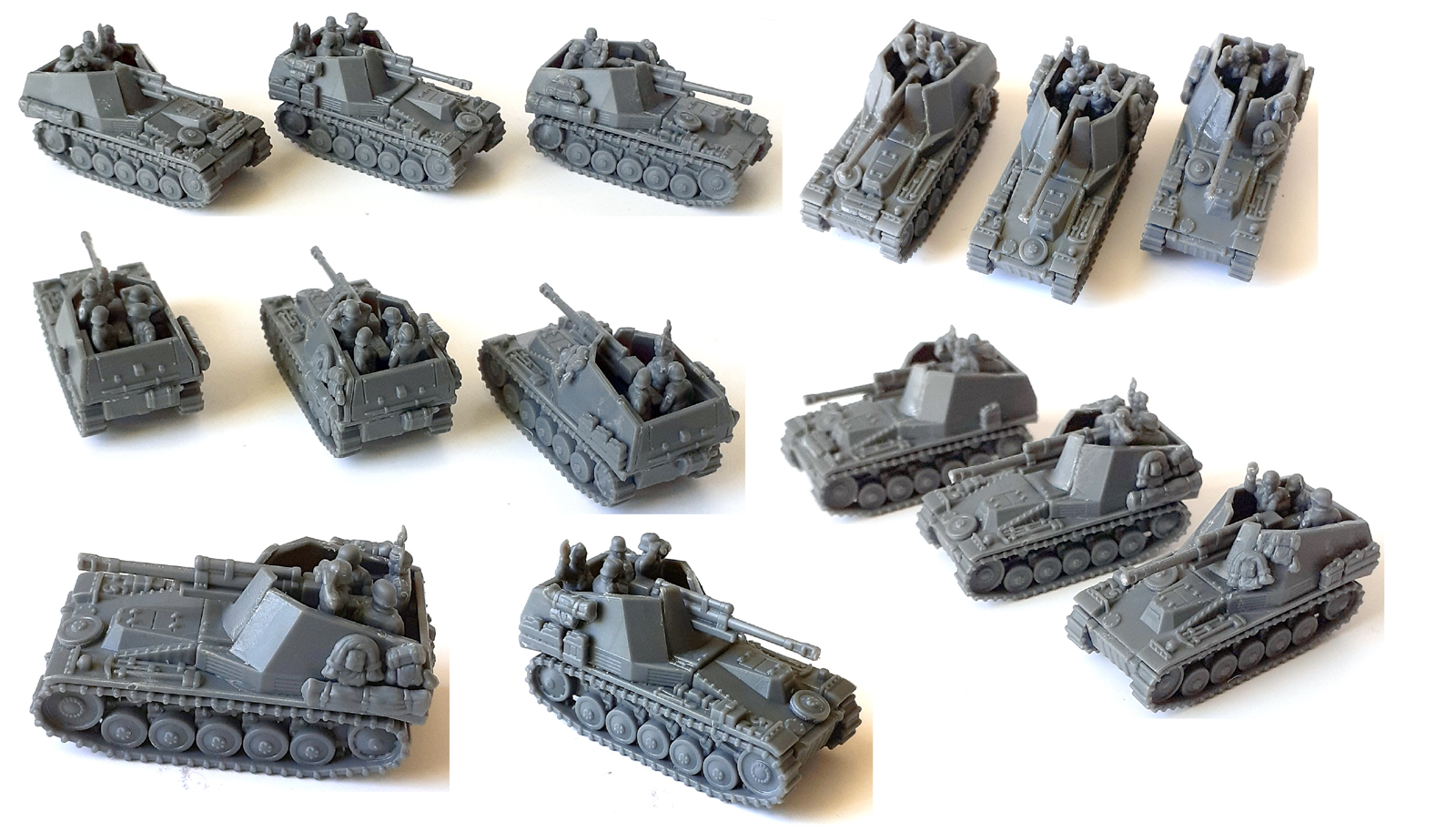 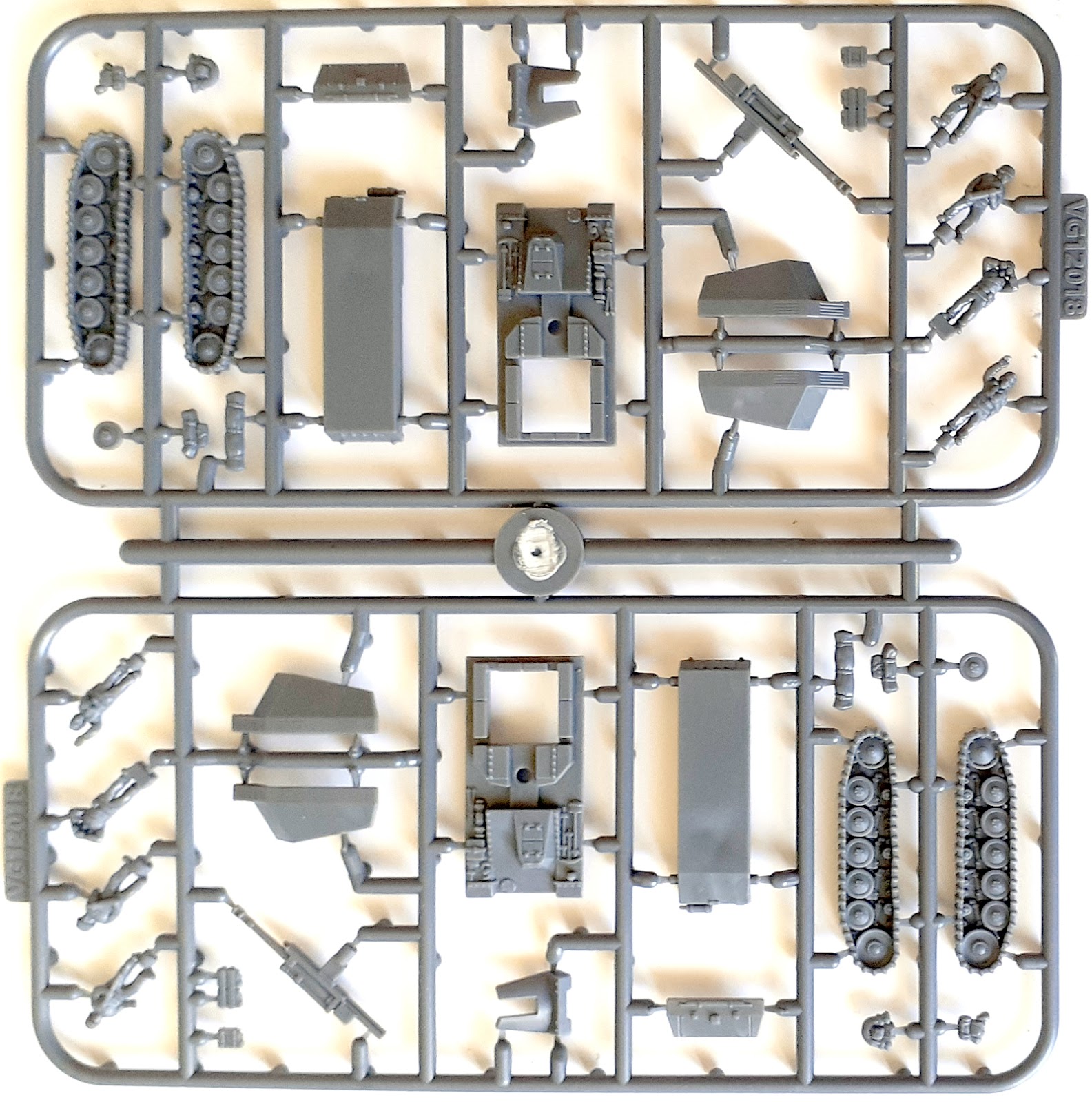 The M10 tank destroyer is also nearly finished. We had test frames through but the tooling just needs a little tinkering with and then it is ready to start being mass produced. Thanks to Barry Evans for painting up these great little models. 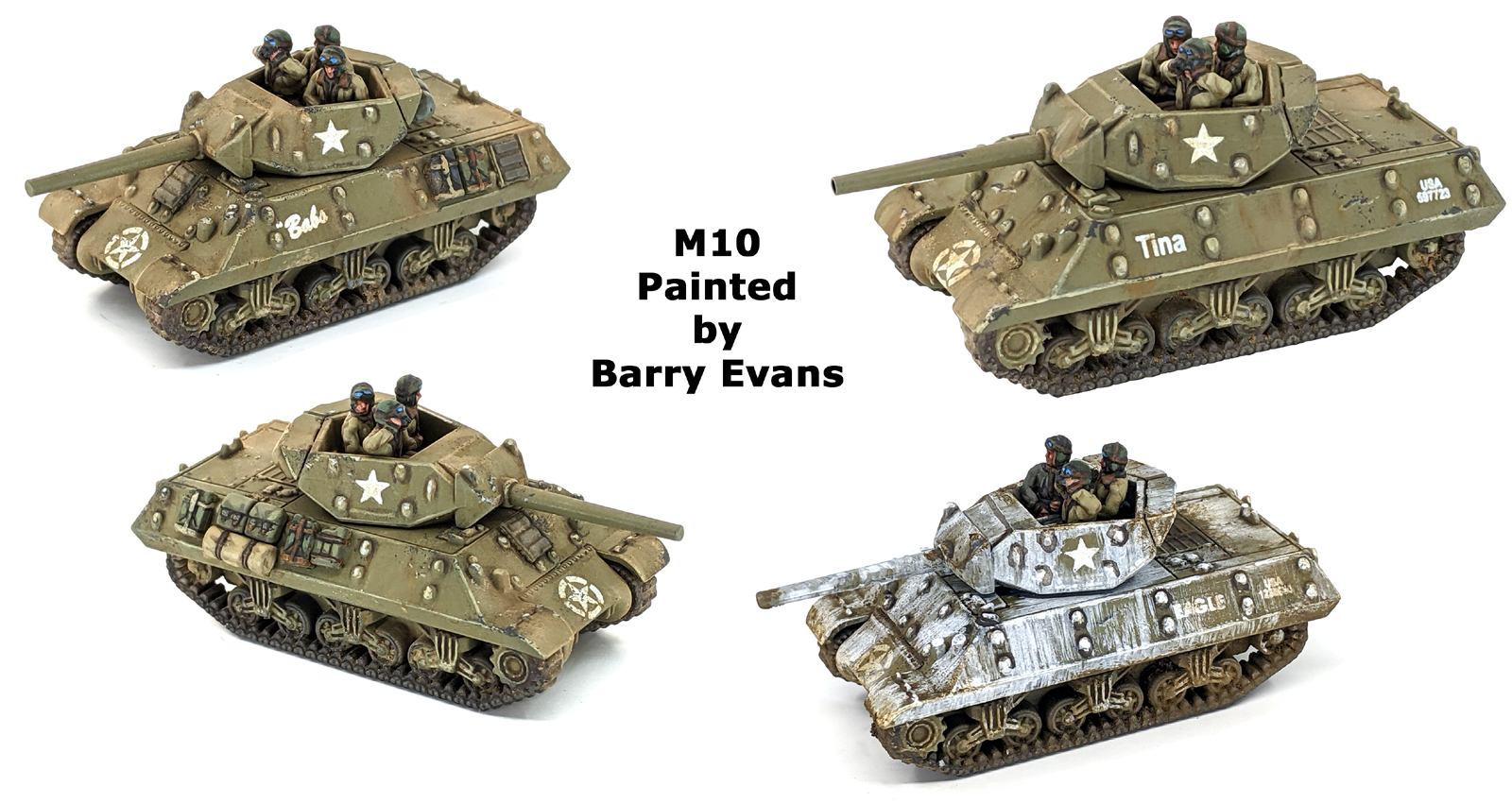 Barry has also painted up some of our new M5 Stuarts. These are superbly detailed kits, and great for reconnaissance and infantry support. 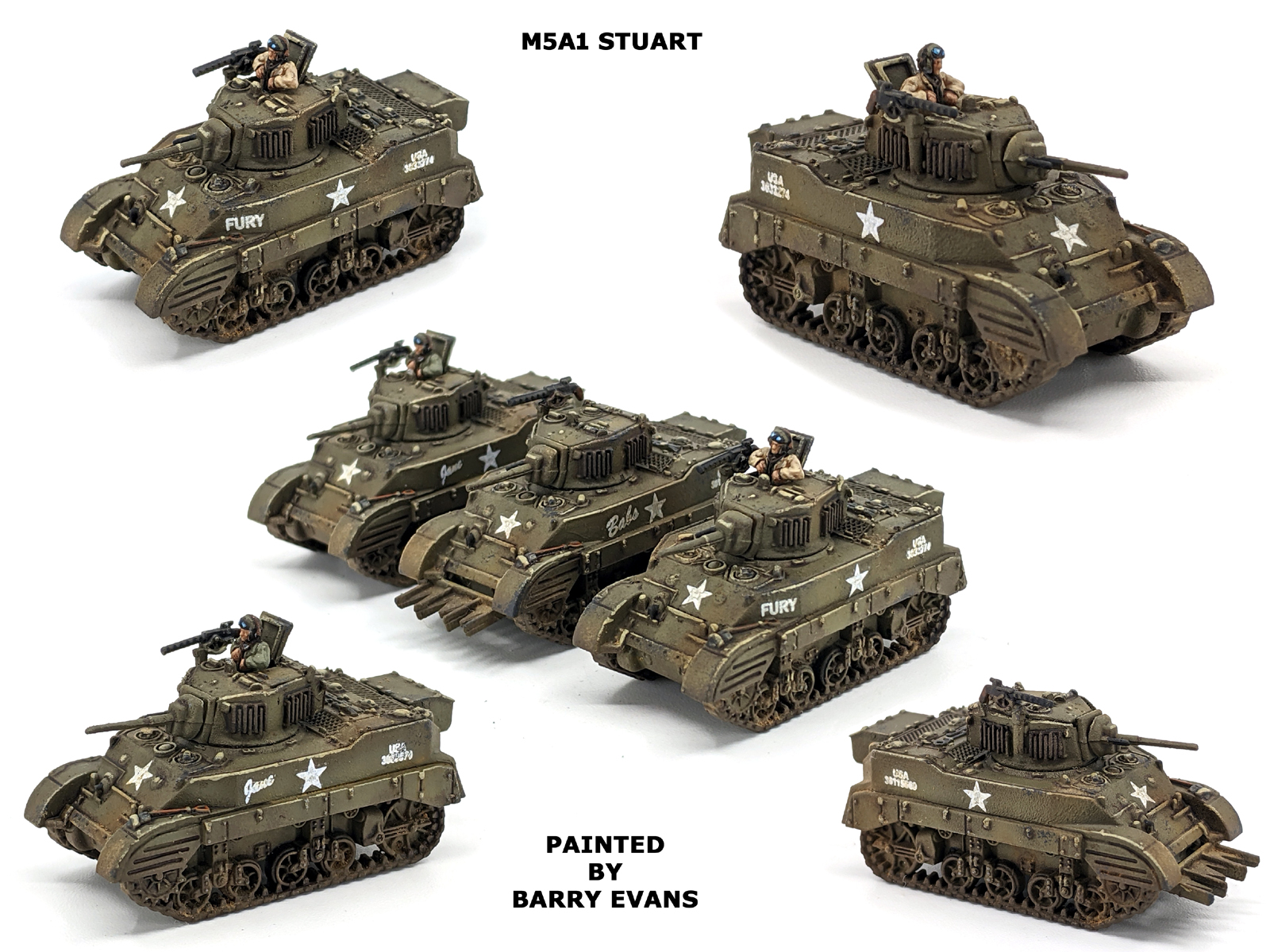 We had test frames of the Sexton last week. It looks fabulous but needs a bit of extra tooling before going on release.

Other sets currently being tooled include the Priest, Puma, Panzer IV variants and Sherman variants. The Russian infantry are being laid out for tooling and we will have images of the British 6pdr, Loyd carrier and crew in the next couple of weeks.

This is a continually expanding range and we will be adding Russian vehicles in the new year.

Steve has been busy working on some terrain to show off the models superbly painted by Ruben and Barry for us. This scale really has all the advantages of being big enough to contain a lot of detail, and yet small enough to be able to fit a lot on the table in a small space and not look overcrowded. 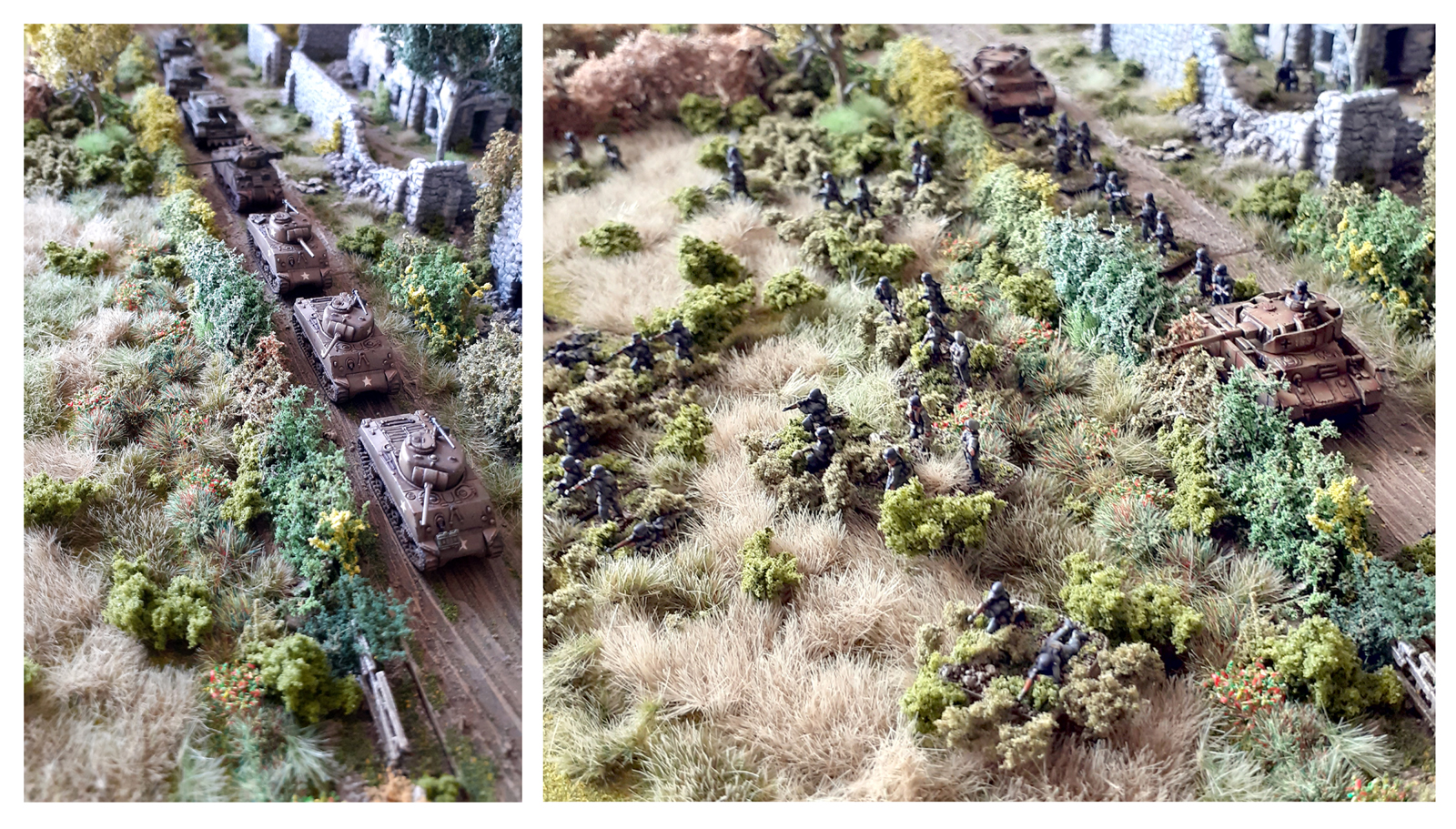 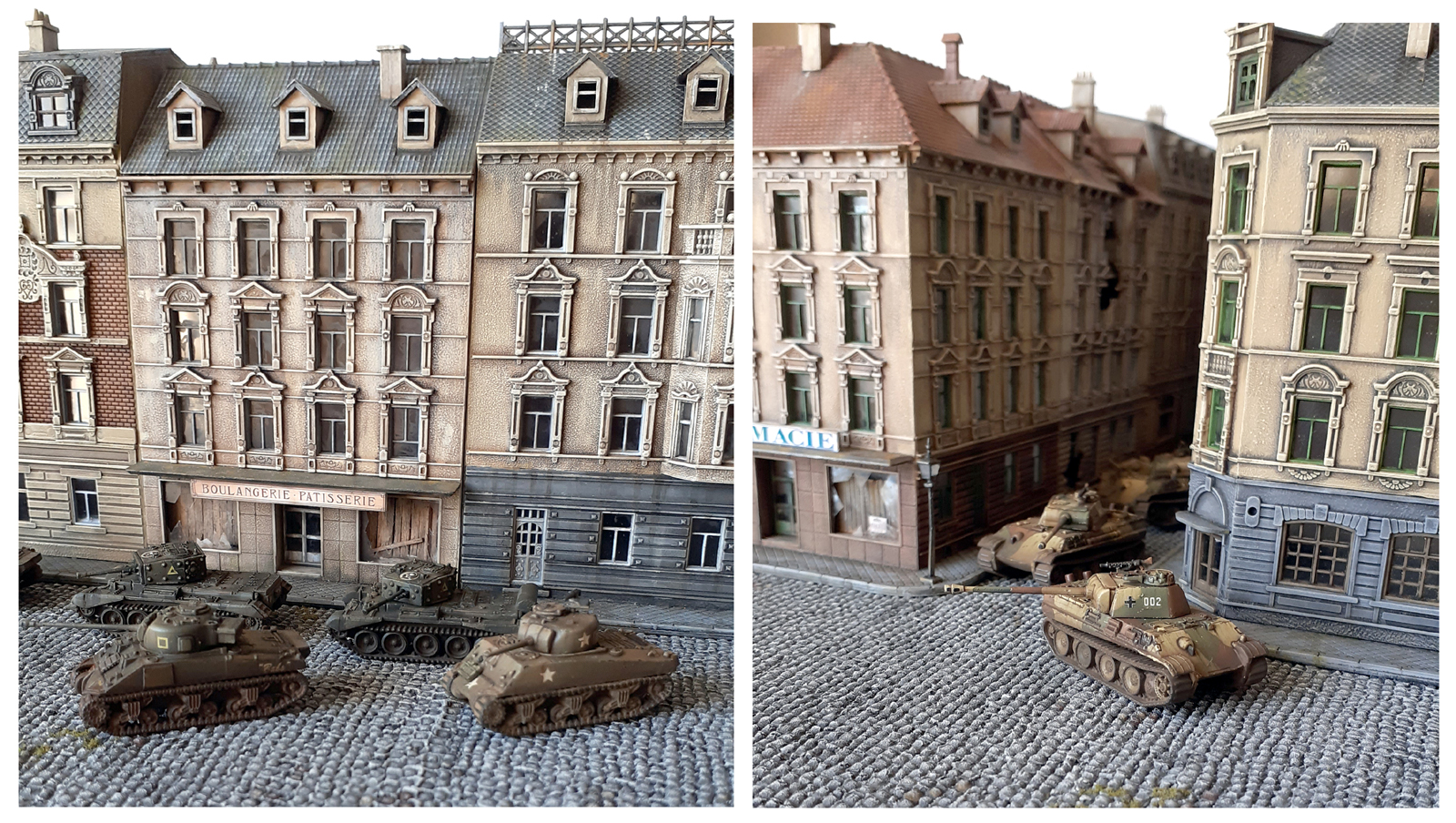 We will be working on some terrain articles in the new year, showing you some techniques for making your building and working with and adapting commercially available models.

Plenty to look forward to!

Nice releases. I would have thought the Marder II and / or III would be more useful for on table use than the Wespe though.

Nice releases. I would have thought the Harder II and / or III would be more useful for on table use than the Wespe though.

What everyone else has said: wider range of artillery and vehicles AND Russians PLEASE.

A/T guns, Crew, Vehicles
Artillery, Crew, Vehicles All are essential to most games. British, American, German and Soviet all needed.
I’m building a British and German armies 44/45 and am very impressed with the range so far.
Thank you.

why not make panther A and D models? If done right you could sell both in one set. The turret and bow machine gun ports are really the only difference. Also make an early G model without the chin on the gun mantle. The gun mantel did not appear until after Aug. 1944. It leaves a large gap to a WW2 wargamer to fill.

How about Russian tanks to go with the Russian infantry .

I would love to see AT guns and artillary pieces aside from the mortar squads.
I only ordered Vikings from you guys and they were absolutely stunning and im going to order a ton of the WWII branch because they are looking great and they are not that expensive.

Keep up what you guys are doing, you are making the best and very affordable miniatures :D

When are Russian Infantry 12mm being released.

Any thoughts of doing artillery and AT guns in the near future?

Keep up the great work!