These cover 1813 to 1815 so the later stages of the Peninsula War, the 1814 campaign in France and the Waterloo campaign of 1815. The first set will be the Line Dragoons with Scots Grey Bearskin options both covered and uncovered bearskins. As with the Polish lancers there will also be a command frame with trumpeter and Officer.

The Life Guards and Horse Guards will follow these as they need to be converted from these figures as there are some minor uniform changes and different heads. 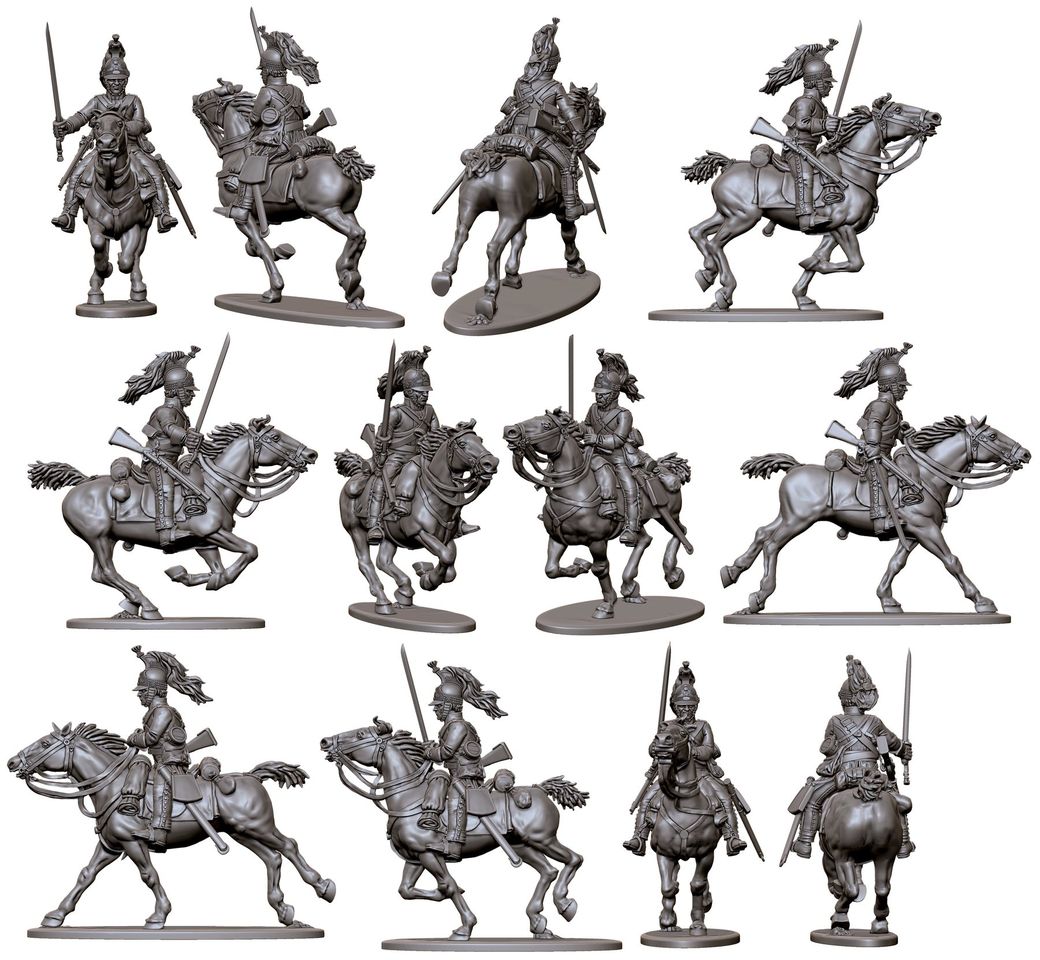 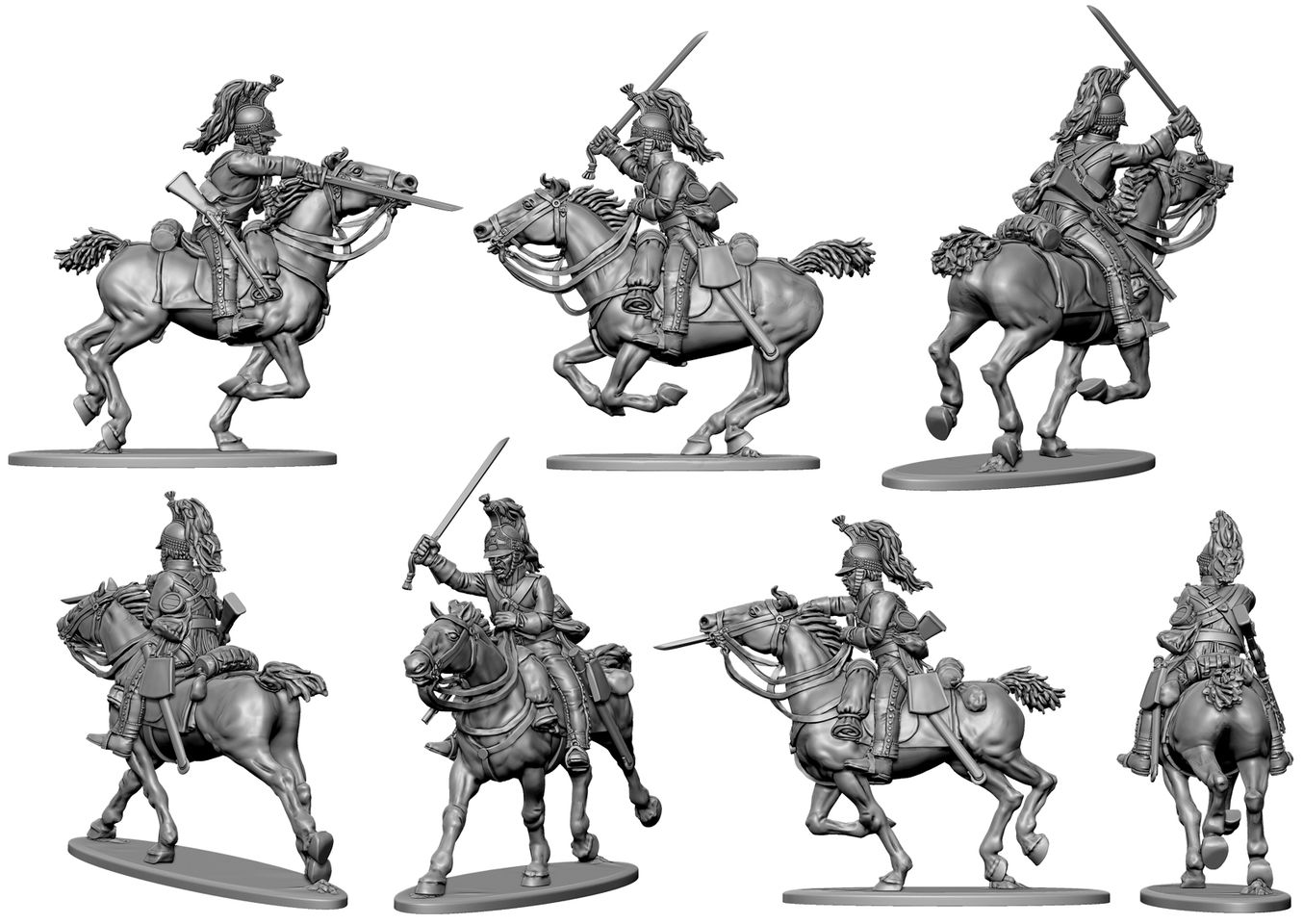 We have some great level of detail in the Heads with some suitably fierce and aggressive expressions. In this particular set we have the Dragoon helmet, Scots Greys in Bearskins and Scots Greys in oil skin covers as they were at Waterloo. 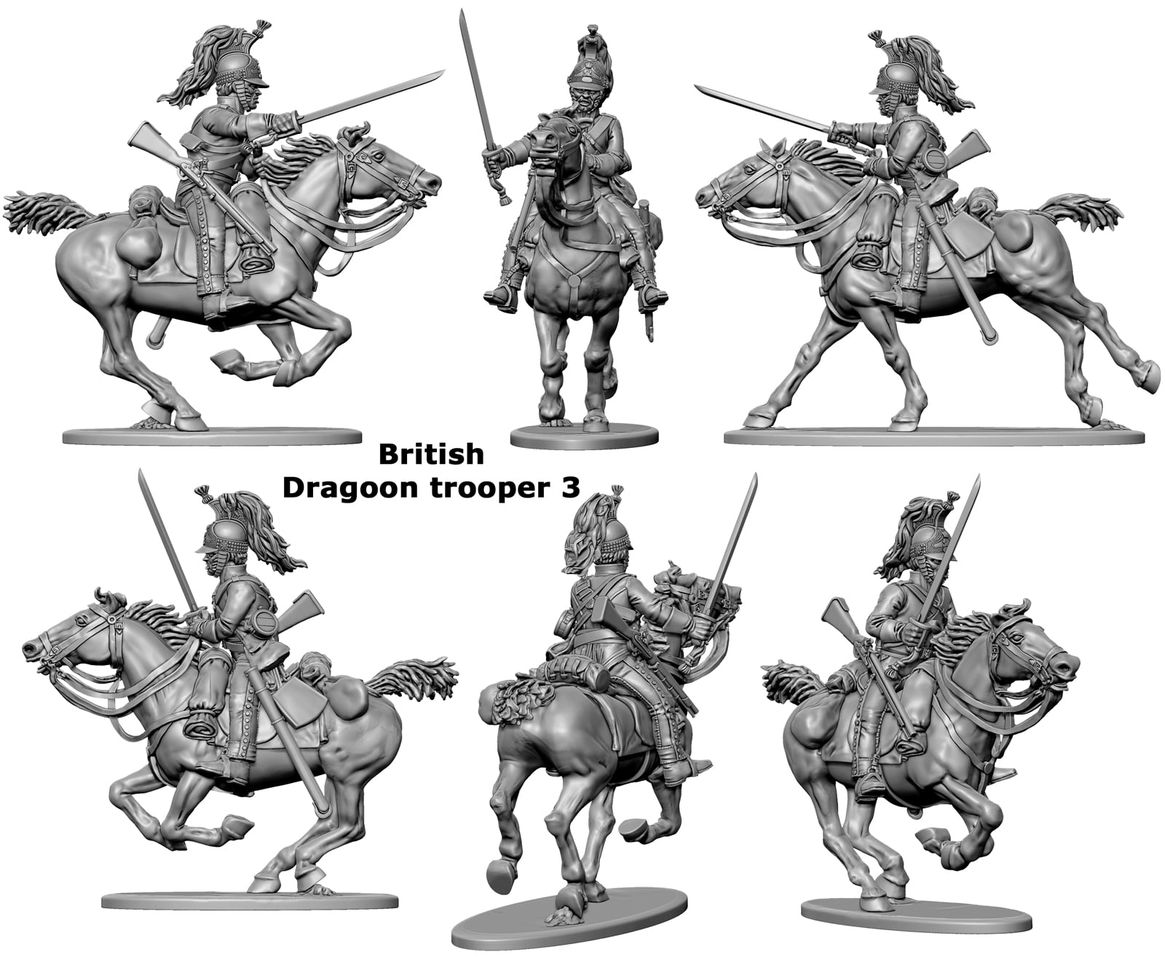 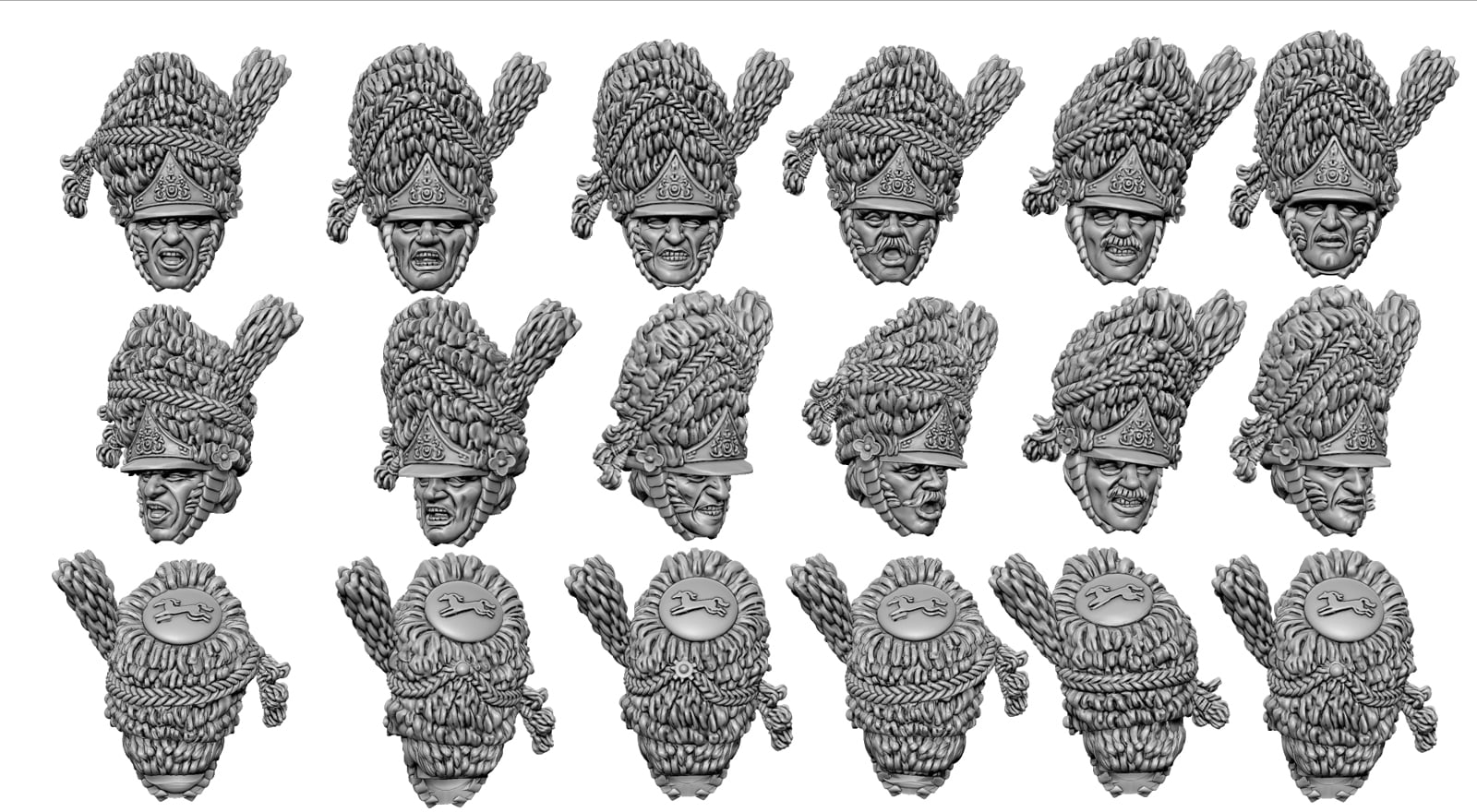 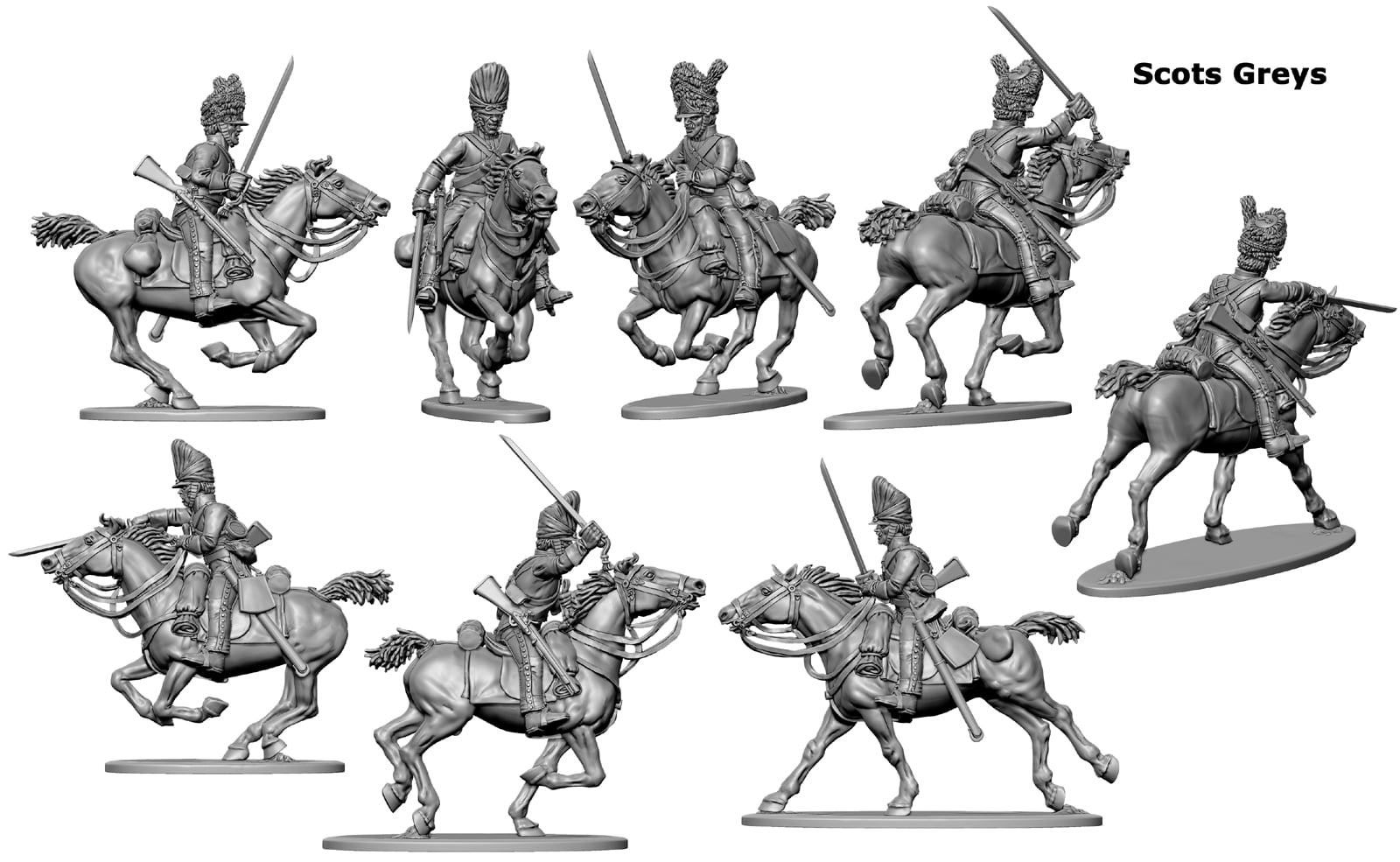 Keep checking our facebook page﻿﻿ for updates. Alternatively, you can view the existing napoleonic range-here.

Looking forward to the Scot Grey cavalry matching with the Polish Lancers. The great scene in the movie Waterloo 1970.

Looking forward to the British cavalry when will we see them ? Thanks 🙏😎💂🏼‍♂️🇬🇧⚔️☕️🍰

Figures look great looking forward to adding these to my collection. When do you think they will be available?