This set will include both Easter and Western Archers.There will be two western archers and two Eastern/Syrian Auxiliary archers in the set with various head and arm and quiver options.There will be 24 figures in the set so you can make 2 units of 12 archers.

Below is a render of Western Archer figure 1. Notice he uses a recurve composite bow and also has an archers glove on his left hand to stop chafing of the arrow fletching. Arrows should rest on the outside of the hand and not balanced on the thumb (a common mistake) The bow is angled when firing to prevent the arrow slipping. There are multiple quiver options so you can make some varied archer units for your Early Imperial Roman armies. 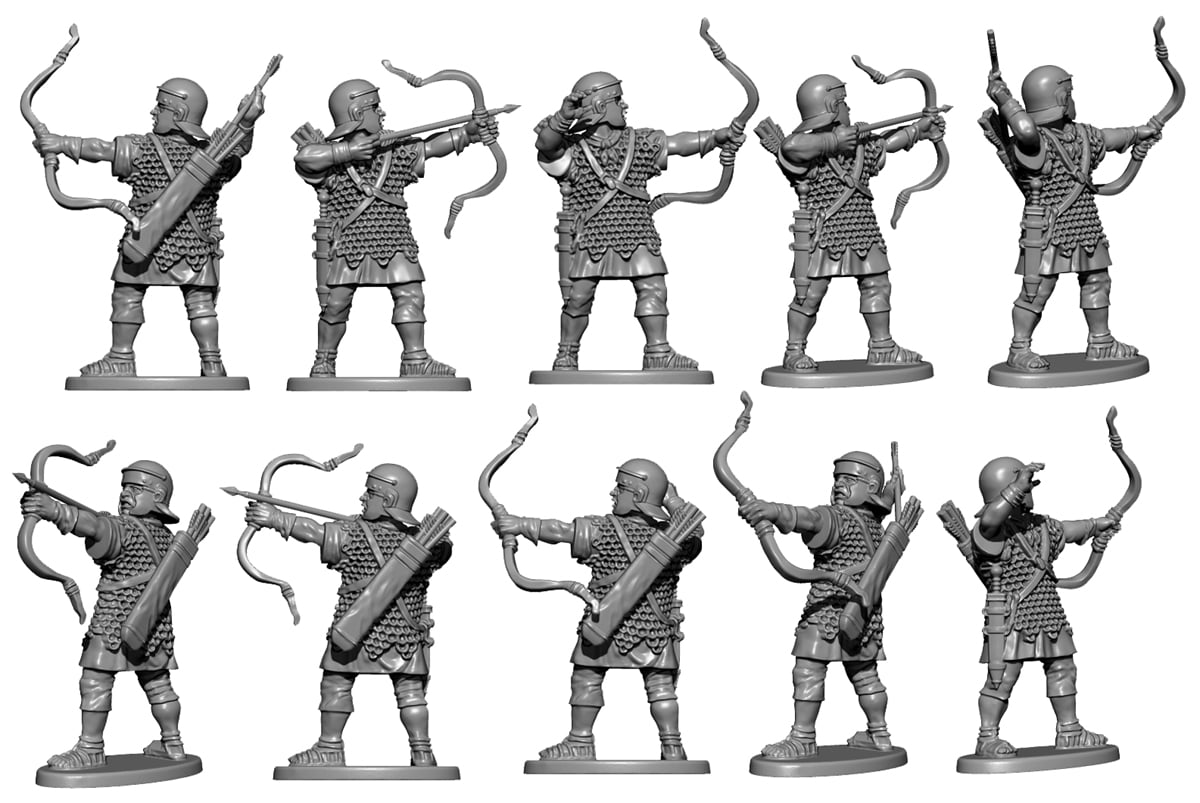 You can easily use some command figures from the already released Auxiliary infantry set and sure you could use some spare bow arms on those figures to make even more body positions for your archers. 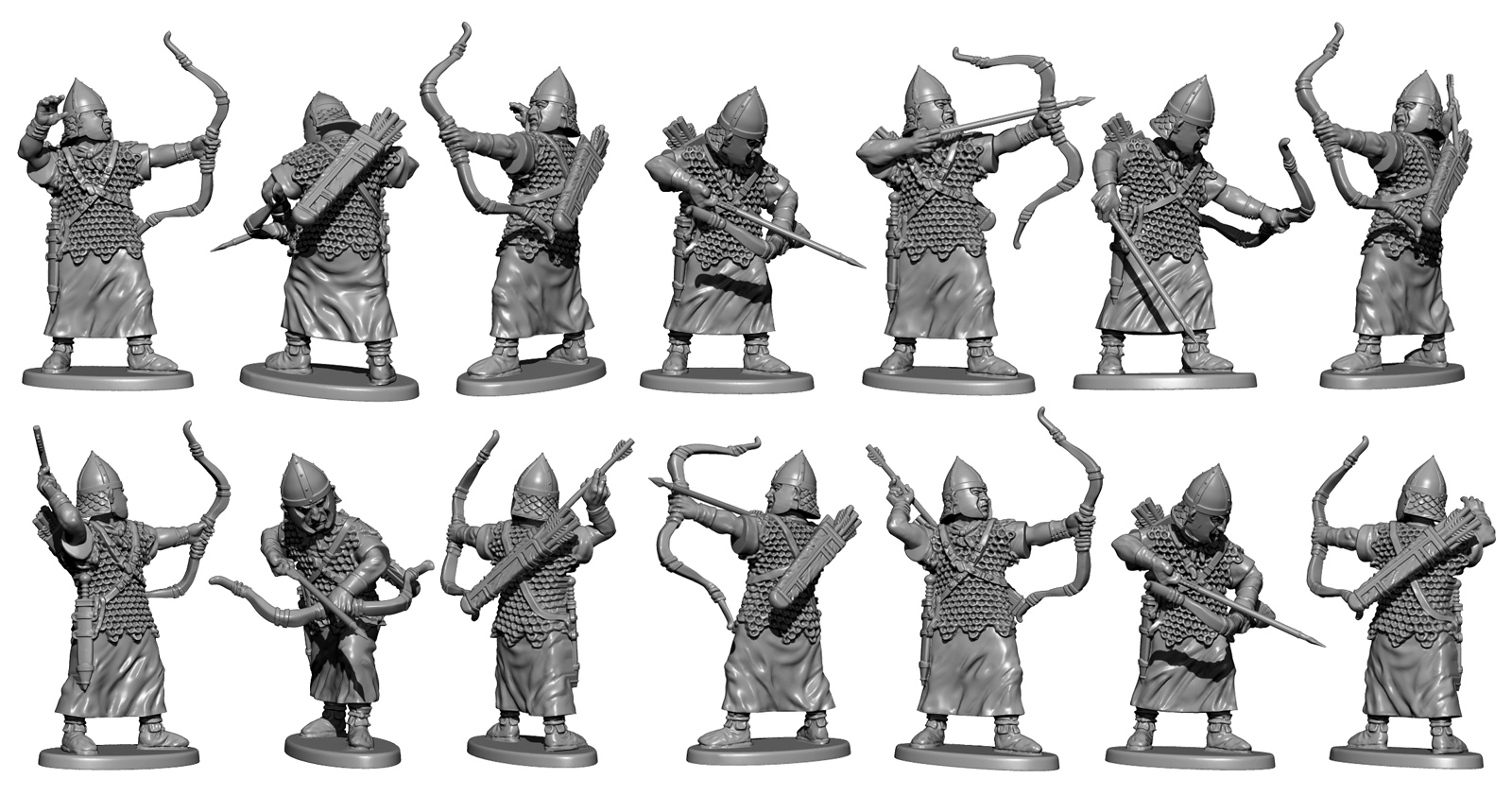 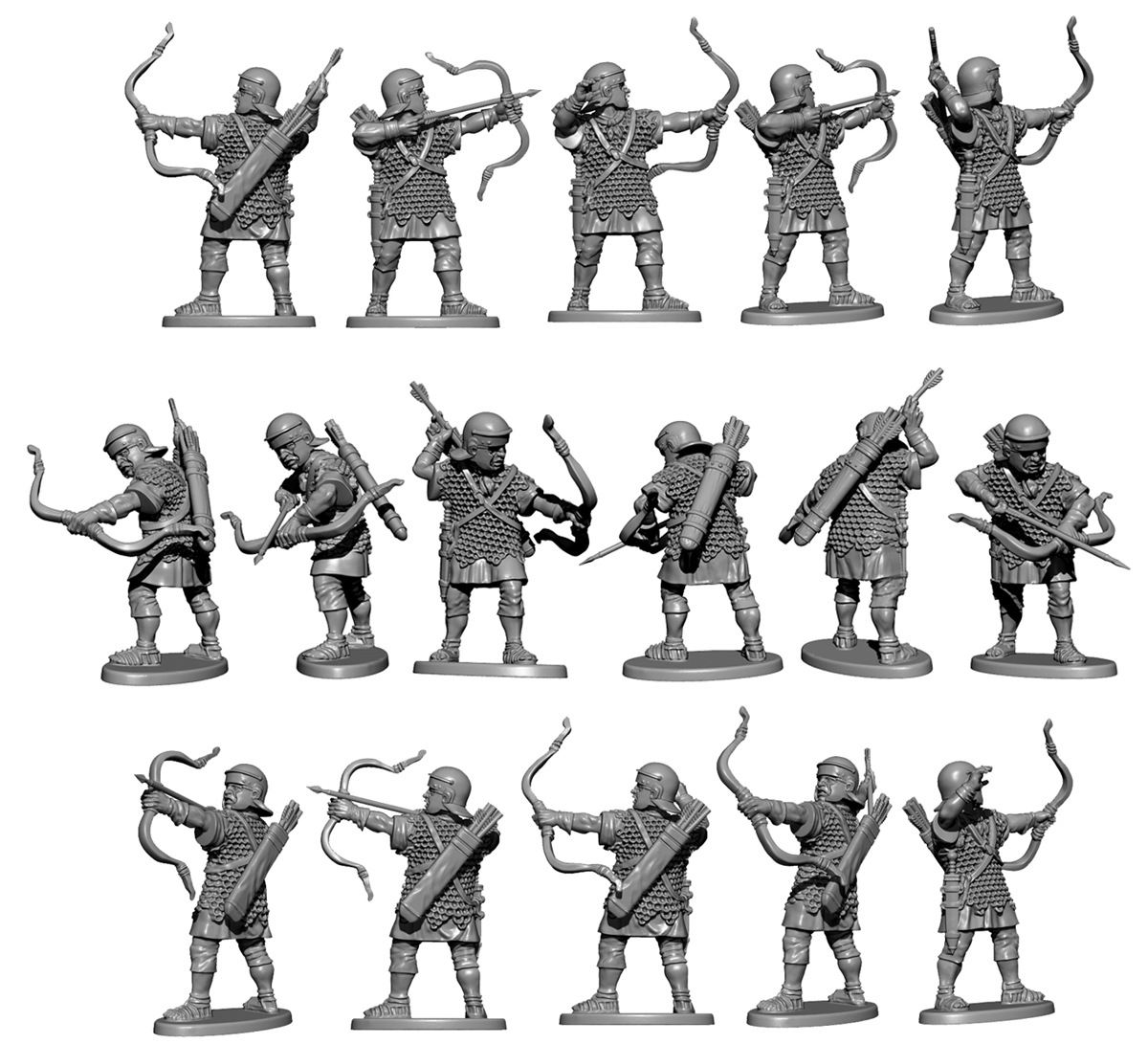 As discussed, this will be a 24 figure set with 12 in Western archer dress and 12 in Eastern archer dress. Eastern only refers to where the units were raised around Syria. This does not mean they can’t be used in Western field armies and likewise Western archers can be used in Eastern based armies and garrisons. There is evidence of the Syrian archers on Hadrian’s wall and fighting in the Dacian wars alongside western style archers. 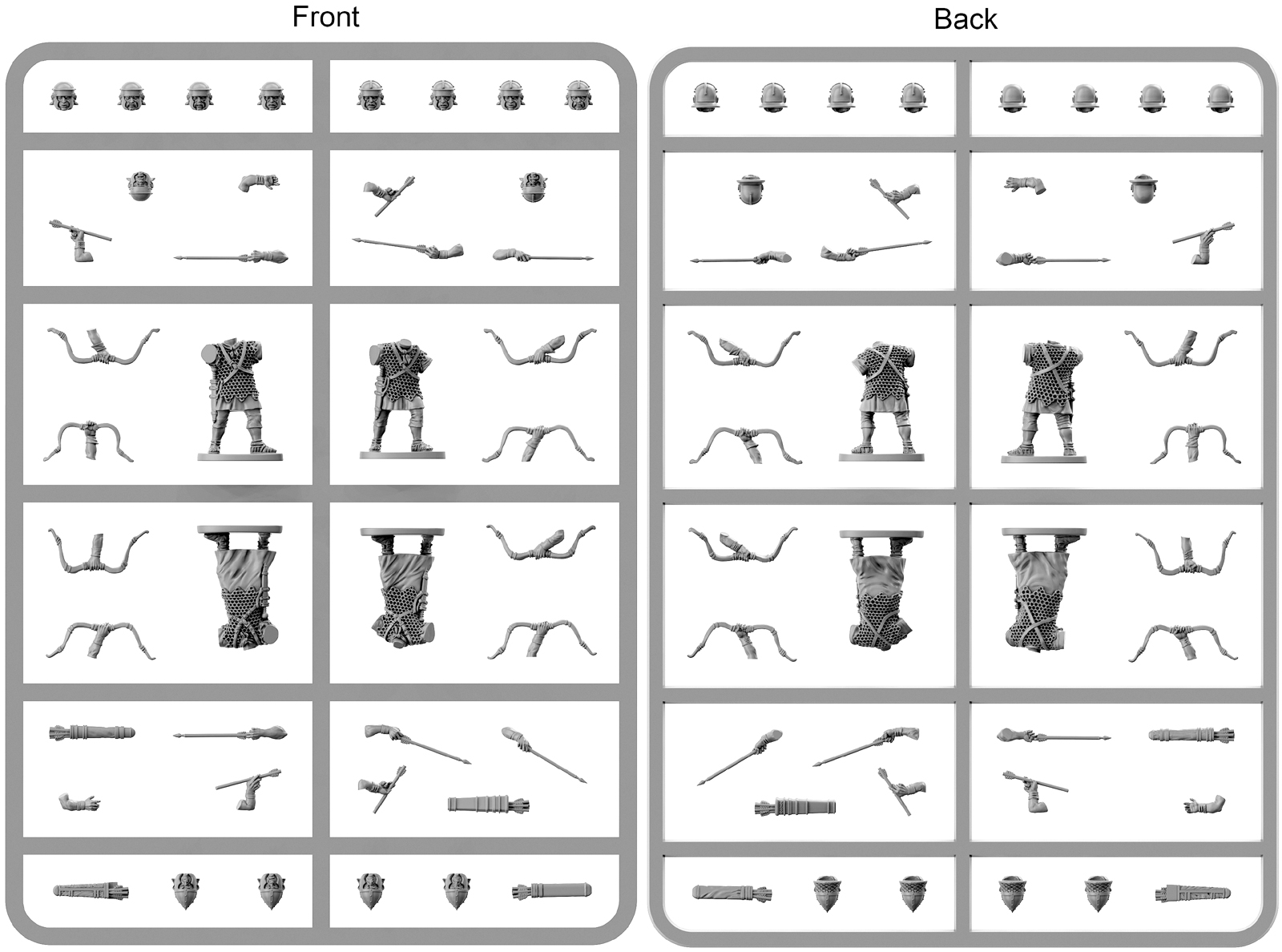 We are pleased to announce that our eagerly awaited Early Imperial Roman Auxiliary archers will soon be on release. We have just received the test frames and we could not be happier with the results. The detail is crisp and sharp as you have come to expect from all Victrix miniatures and there are plenty of arm options to create a really dynamic firing line.

Do not get confused by thinking eastern fought in the east and Western fought in the west. They fought all over the Empire, both being depicted on Trajan’s column during the Dacian wars. And Eastern archers were stationed in Britain. 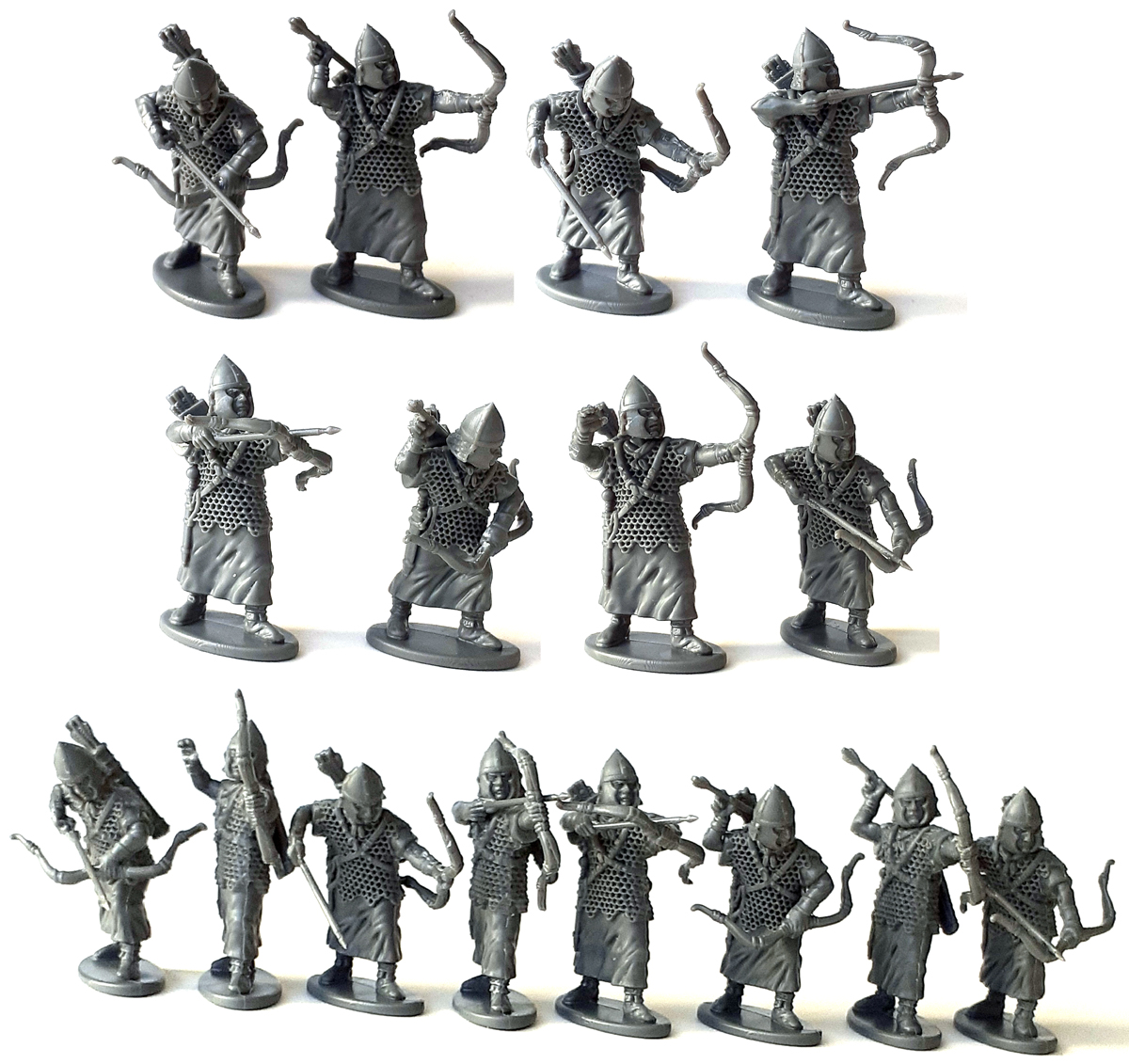 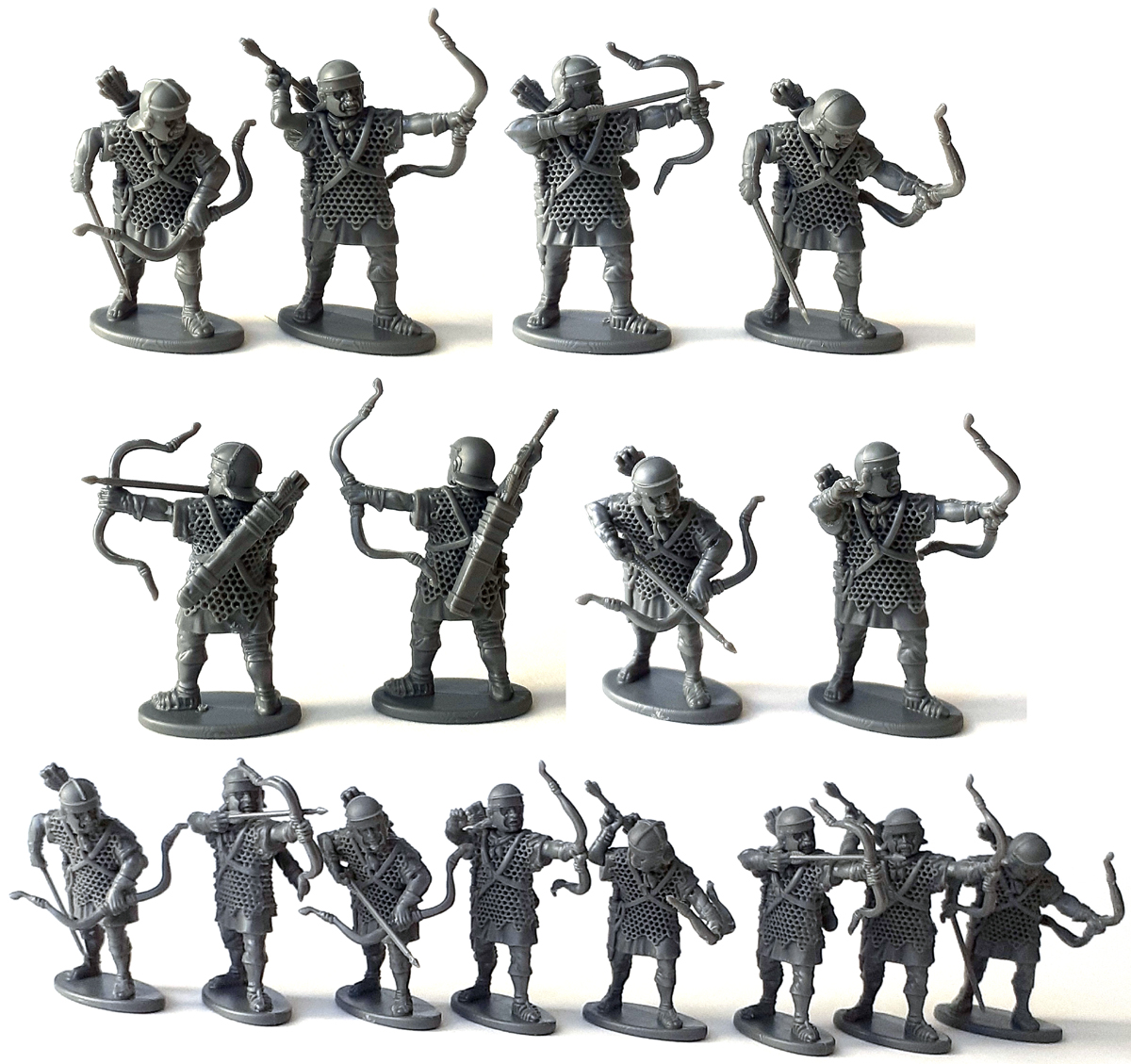 The Roman Archers are currently in production. They should be released any day now. View the existing Ancients range-here.

I have been waiting for a long time , I’m calmer now and ready to take them .

These look outstanding; can’t wait to paint them!

These look amazing! Are you planning a similar set of archers and/or slingers for your German and Gallic ranges? There is also a need for German cavalry and Roman artillery.

Wondering if I can get away with using them in a Caesarian Army though?