We will soon be releasing our eagerly awaited Napoleonic French Dragoons 1807 to 1812.

These miniatures are a truly dynamic set which convey the ferocity of cavalry going into action, waving or levelling their sabres for the charge.

These Dragoons have been done in the pre-Bardin regulation uniform which has the long tailed coat. This was supposed to have been replaced by the short tailed jacket in 1812 but many continued to wear the long tails well into 1813. These miniatures can easily be used for the invasion of Russia in 1812 and the battle of Leipzig in 1813.

There were 30 Dragoon regiments in the French army each distinguished by a variety of colours on their turn-backs, collars and cuffs. Yellows, reds, rose pinks, blues etc… making Dragoons some of the most splendid units on the table.

There are 12 figures in the set including an officer, musician and sapper. 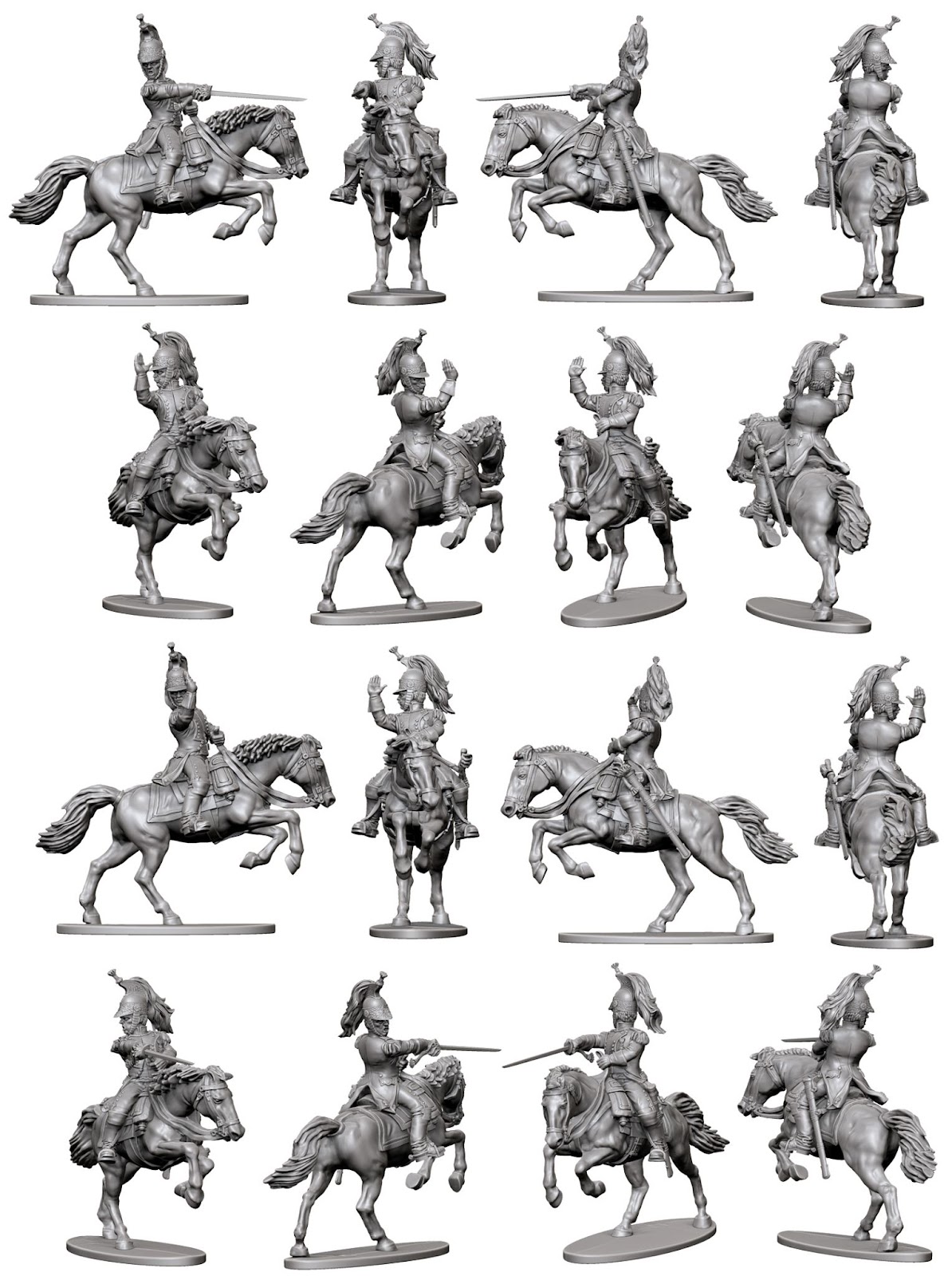 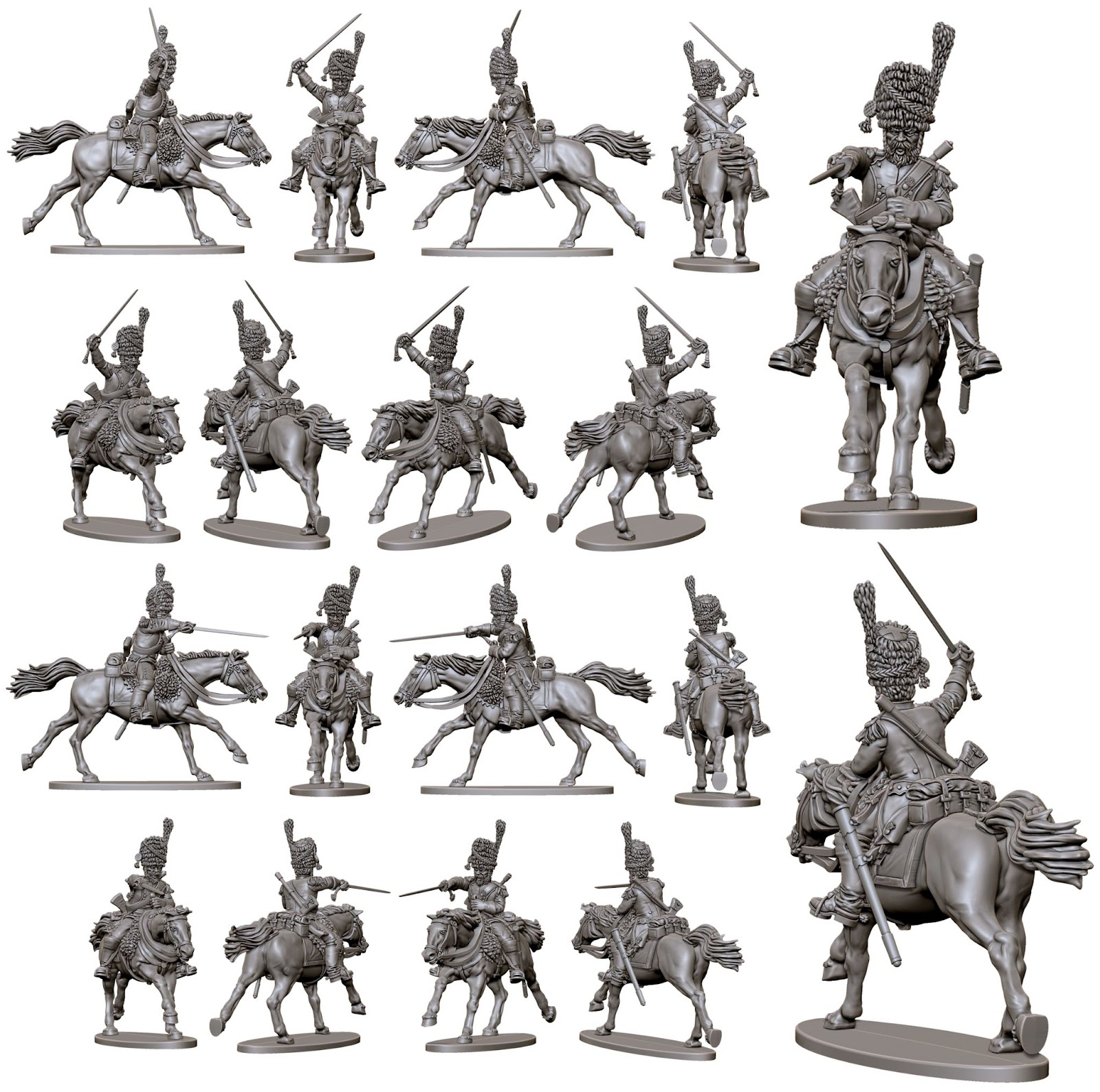 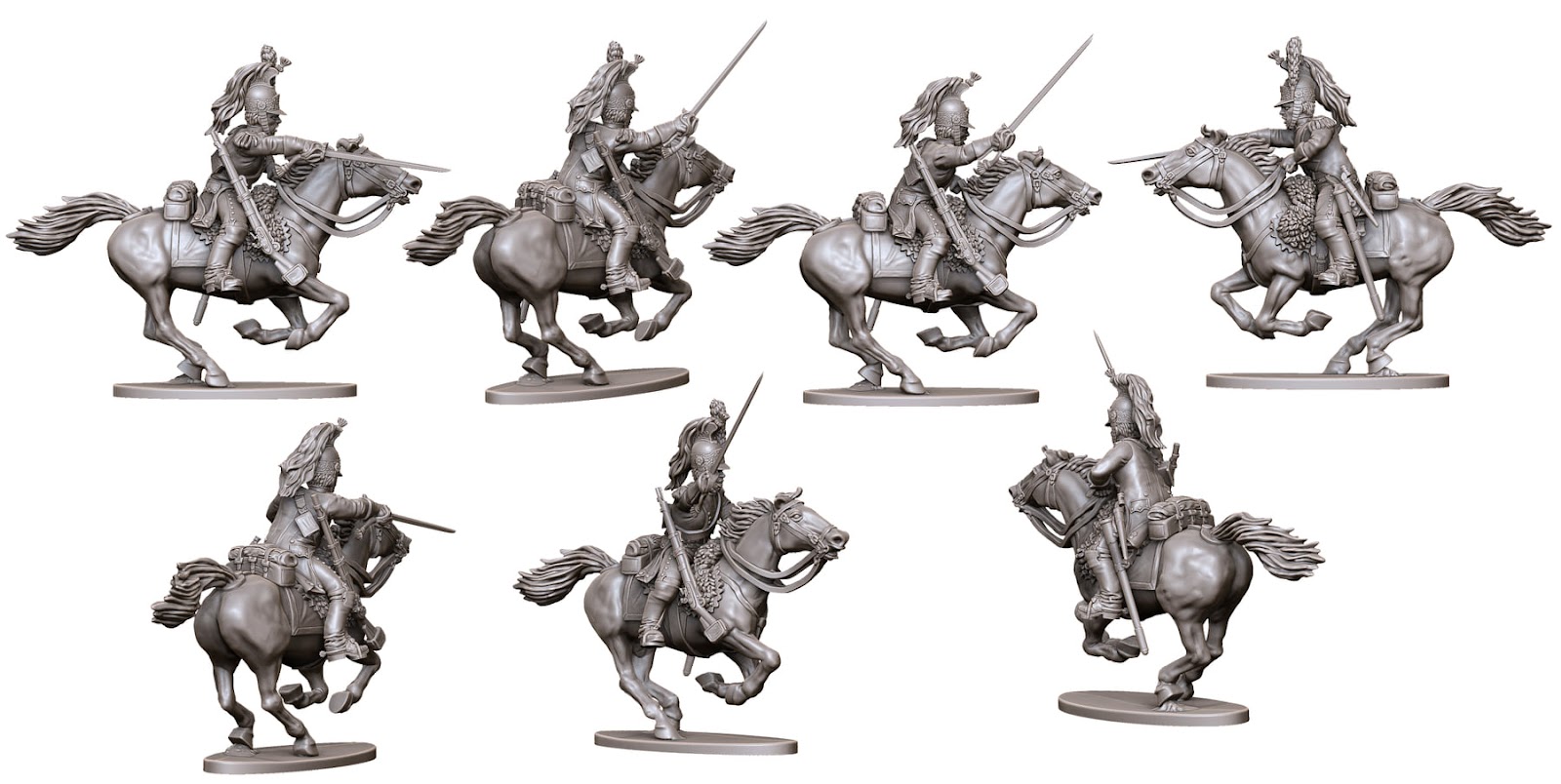 The figure has the arm options to make him a line Dragoon or Elite company with Epaulettes. Elite company bearskins will be coming. The plume is separate.

Connecting straps need to be added for the Musket and bayonet which will be sorted at a later date.

As with the Polish lancers we are going for some very dynamic poses for our Dragoons.

With options for line and Elite companies. These will make a really dynamic unit on the table. 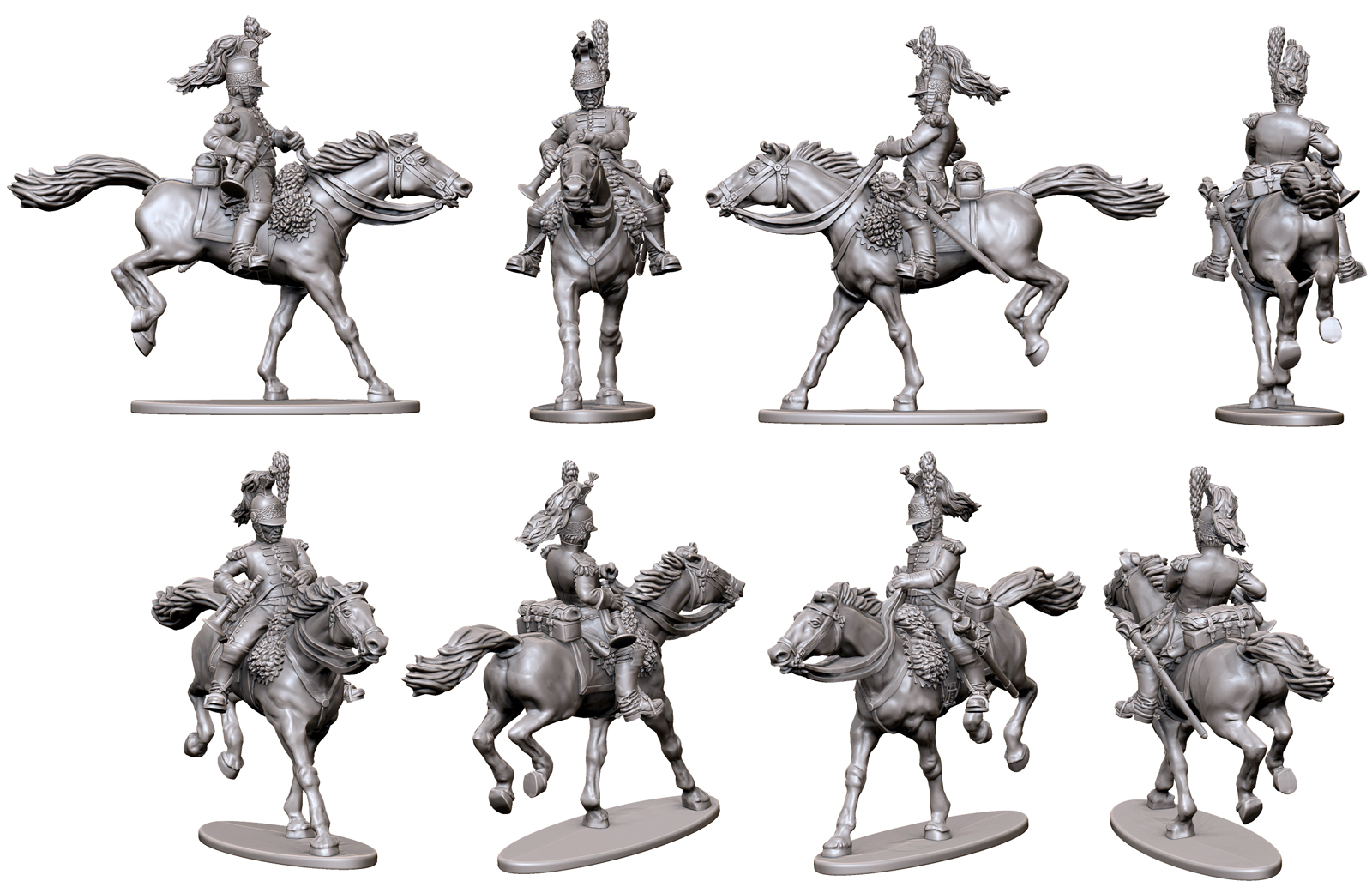 Looking rather dynamic sitting on a horse that has just leapt over some battlefield detritus. 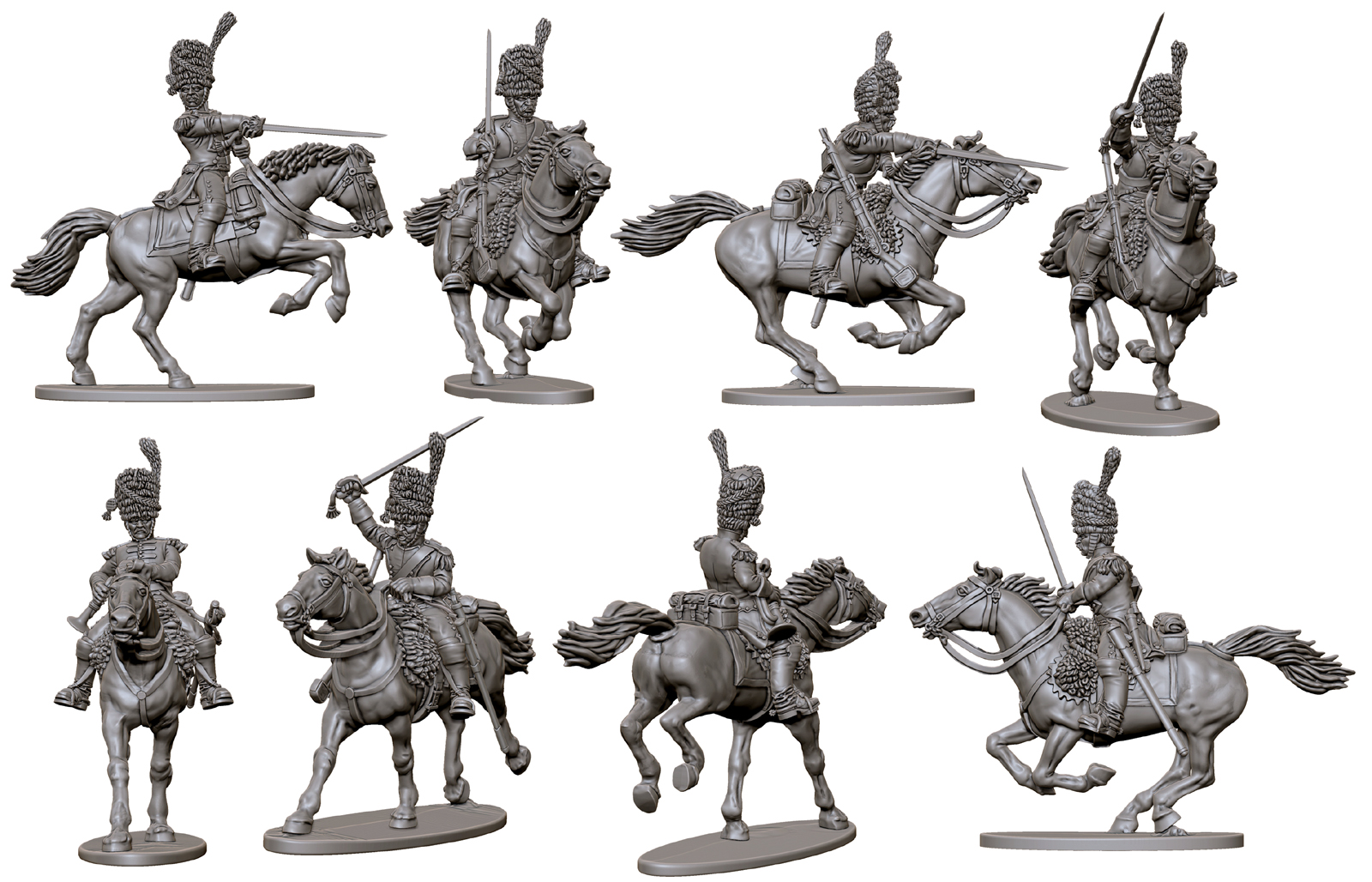 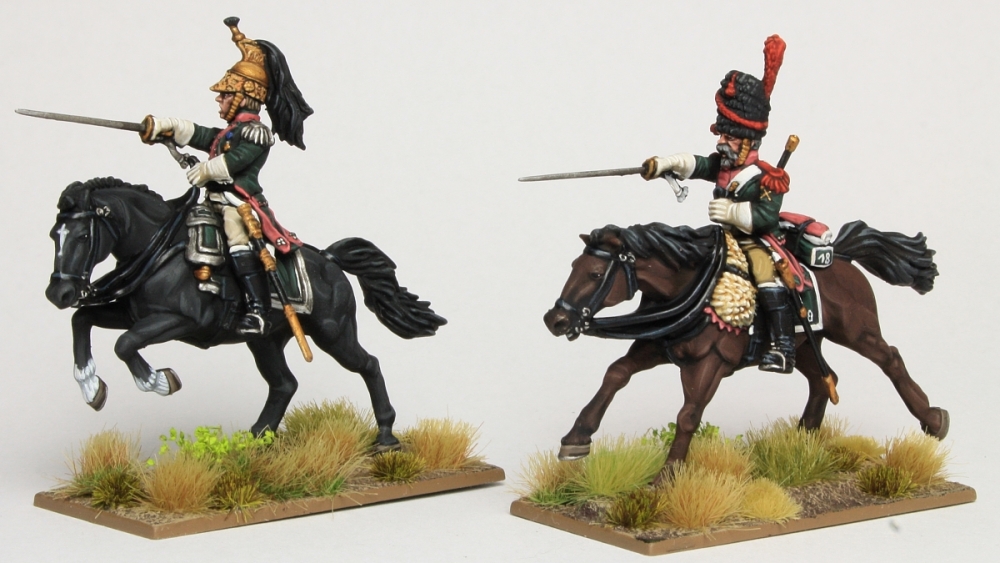 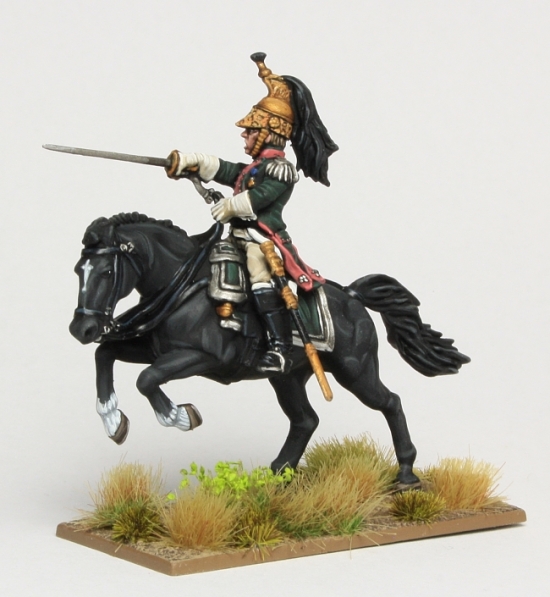 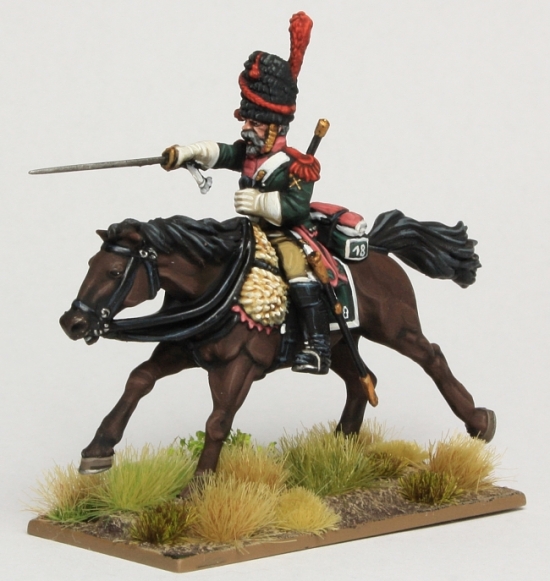 Why my commentaries disappeared ? Because I was underlining a few errors? (like another French people…)

Looking forward to them arriving at an Australian supplier.

Will you be producing them seperately?

HI think the miniatures are great, would like to know the cost of French Dragoons and postage to me in Edinburgh.