Here we have the first sketches and renders of the new Late Roman archers set we are working on at present. This set will also include slingers.

These images show the arm and head options for the first two figures. As you can see, there are a mixture of poses to make a very dynamic archer firing line. The third archer is being worked on now adding yet more variety to your units. 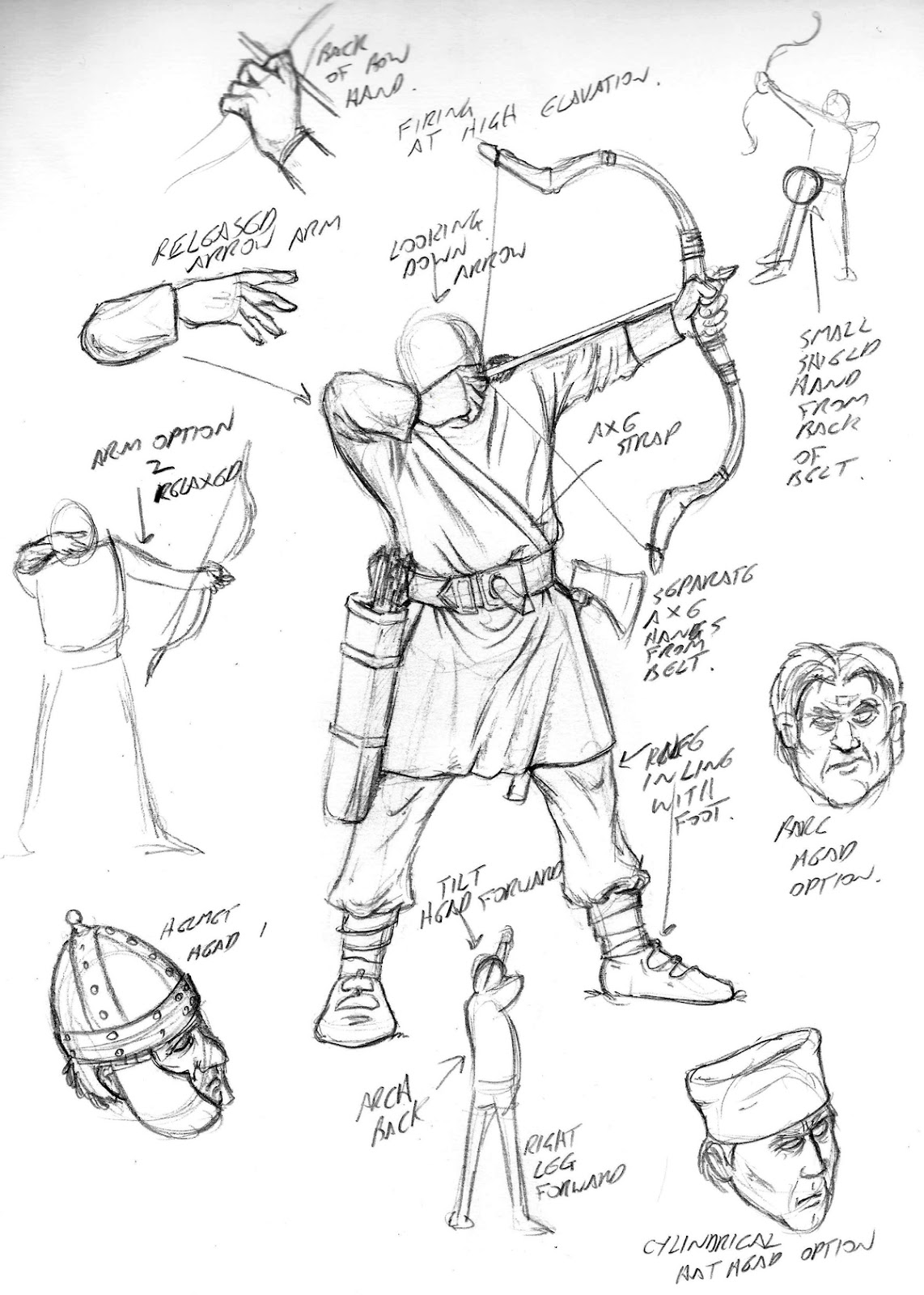 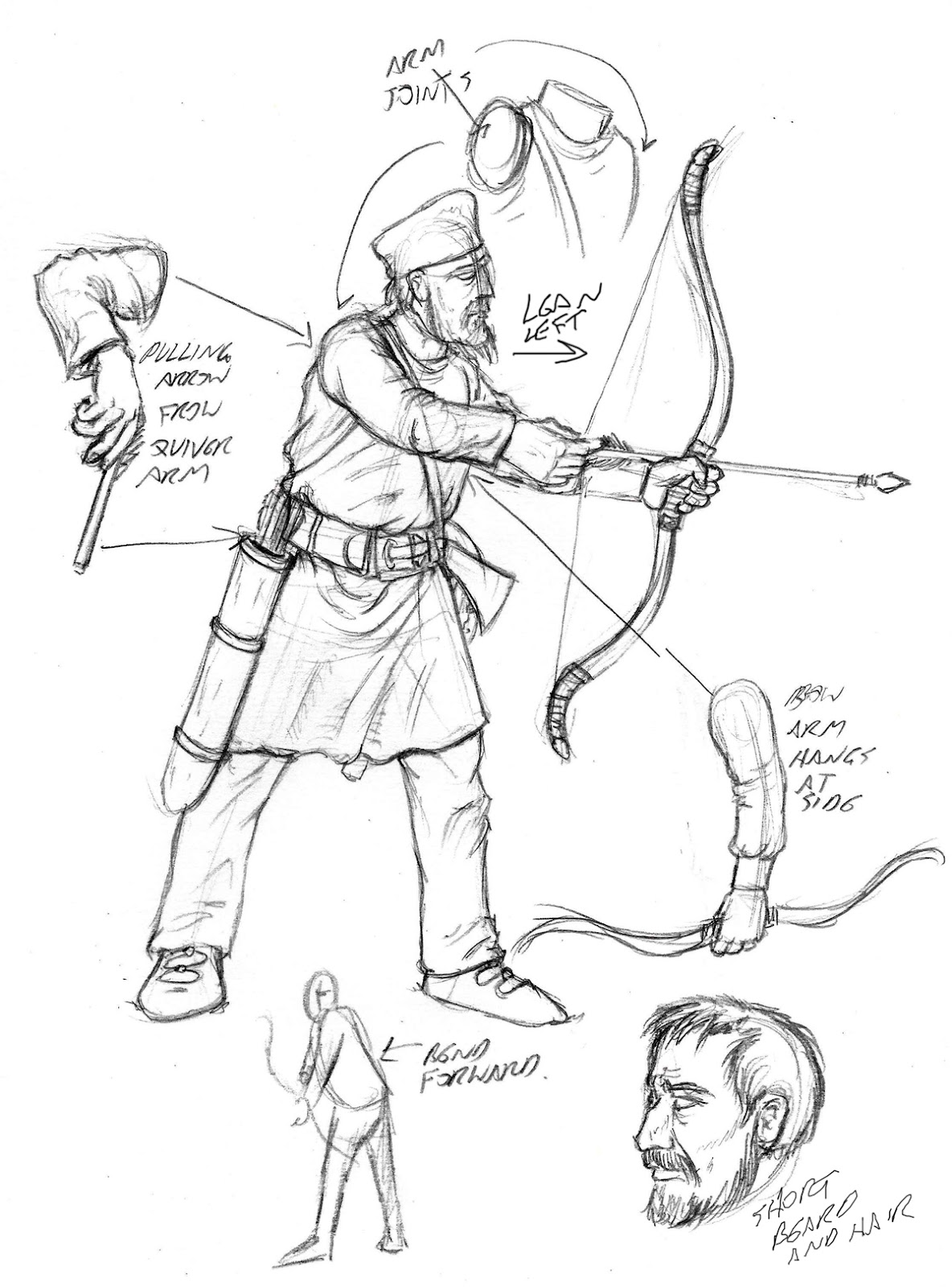 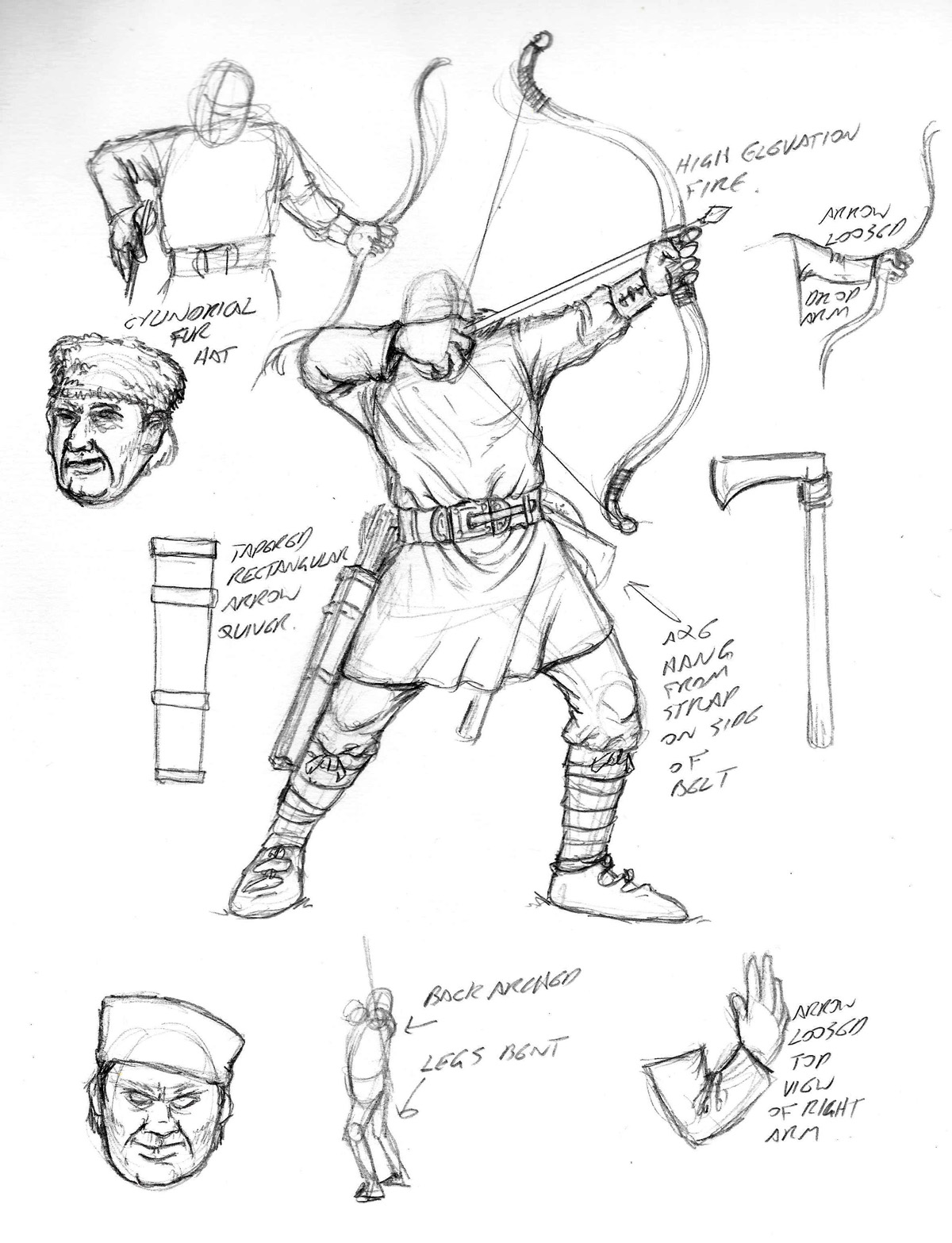 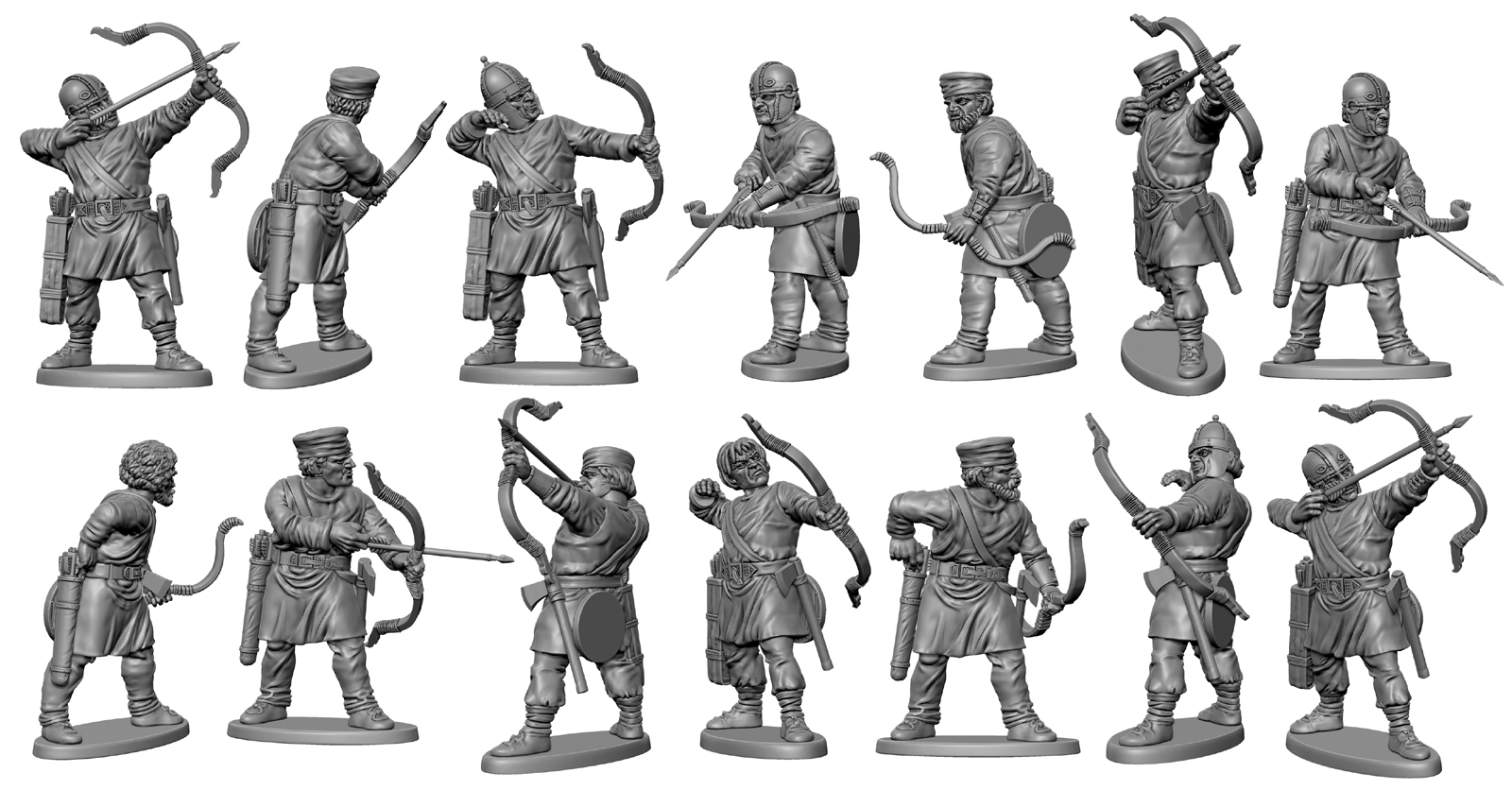 The archers can be used as skirmishers or form the rear rank of your Legionary units. We will also be adding some kneeling front rank spearmen. When combined with the archers and the more upright spearmen from the unarmoured Spearmen set, you can make a proper late Roman shield wall, ready to repel those pesky Huns and Sassanids.

As usual with Victrix we always like to add a few extras to our sets and will include some extra weapon arm options and heads to convert the figures into other nationalities and convert the staff slingers into spearmen with shields strapped to their backs. Sketches and renders coming soon!

Here we have a montage of the 3rd Late Roman archer figure. All parts from this figure and the previous 2 archers can be intermixed to add a great amount of variety to your archer units. You will also be able to mix these with some of the archer figures from the Dark age archers set. 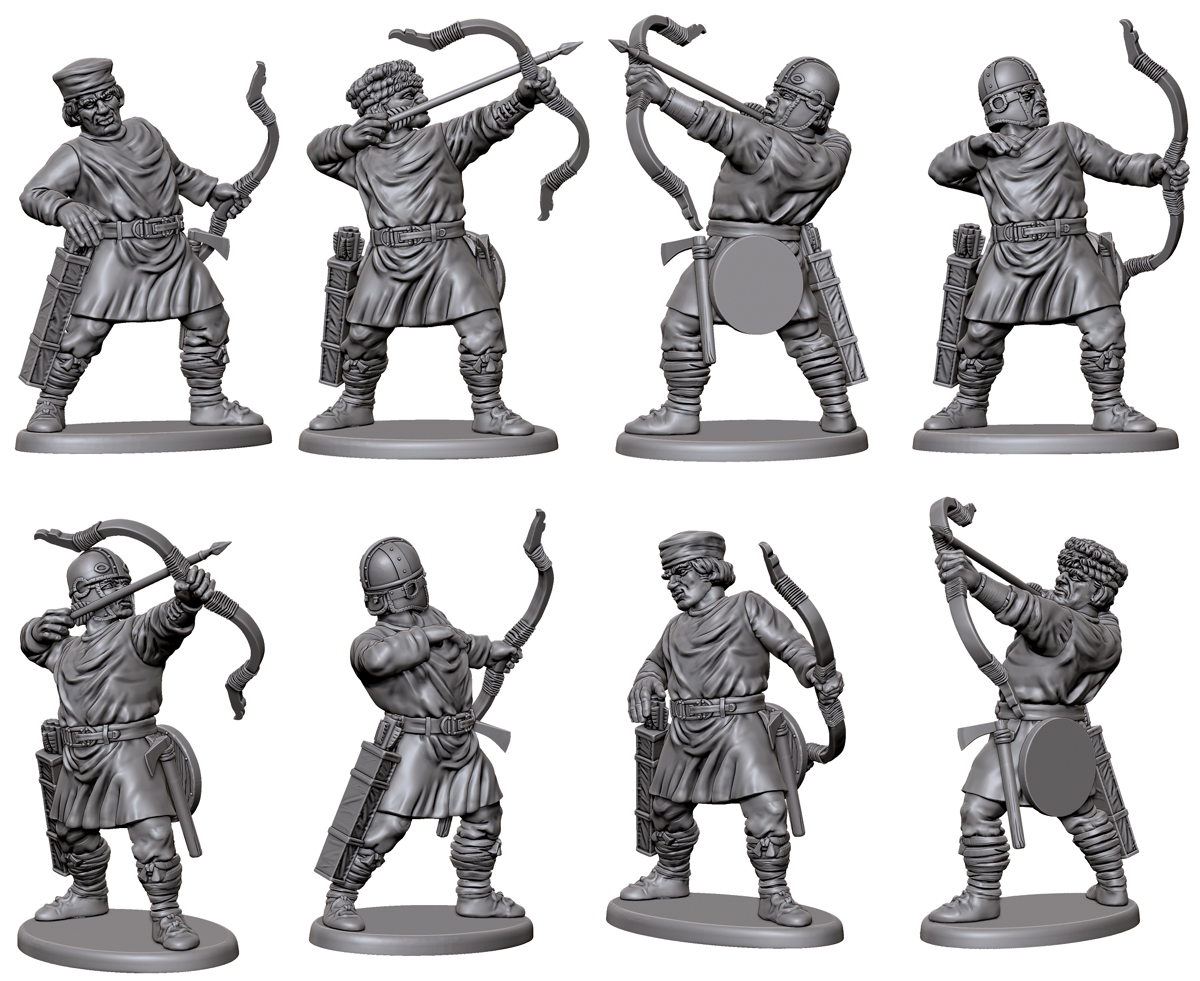 We also have some of the concept sketches for the Late Roman staff slingers that will also be part of this set. A first in plastic! Staff slings could hurl a stone or a bolt a lot further than a conventional sling. These were used from the times of the Successors and into the Medieval period either in the field or at sieges. There will be a few Staff sling arm options to give you a dynamic skirmish line and we will also include some conventional sling arms for them. 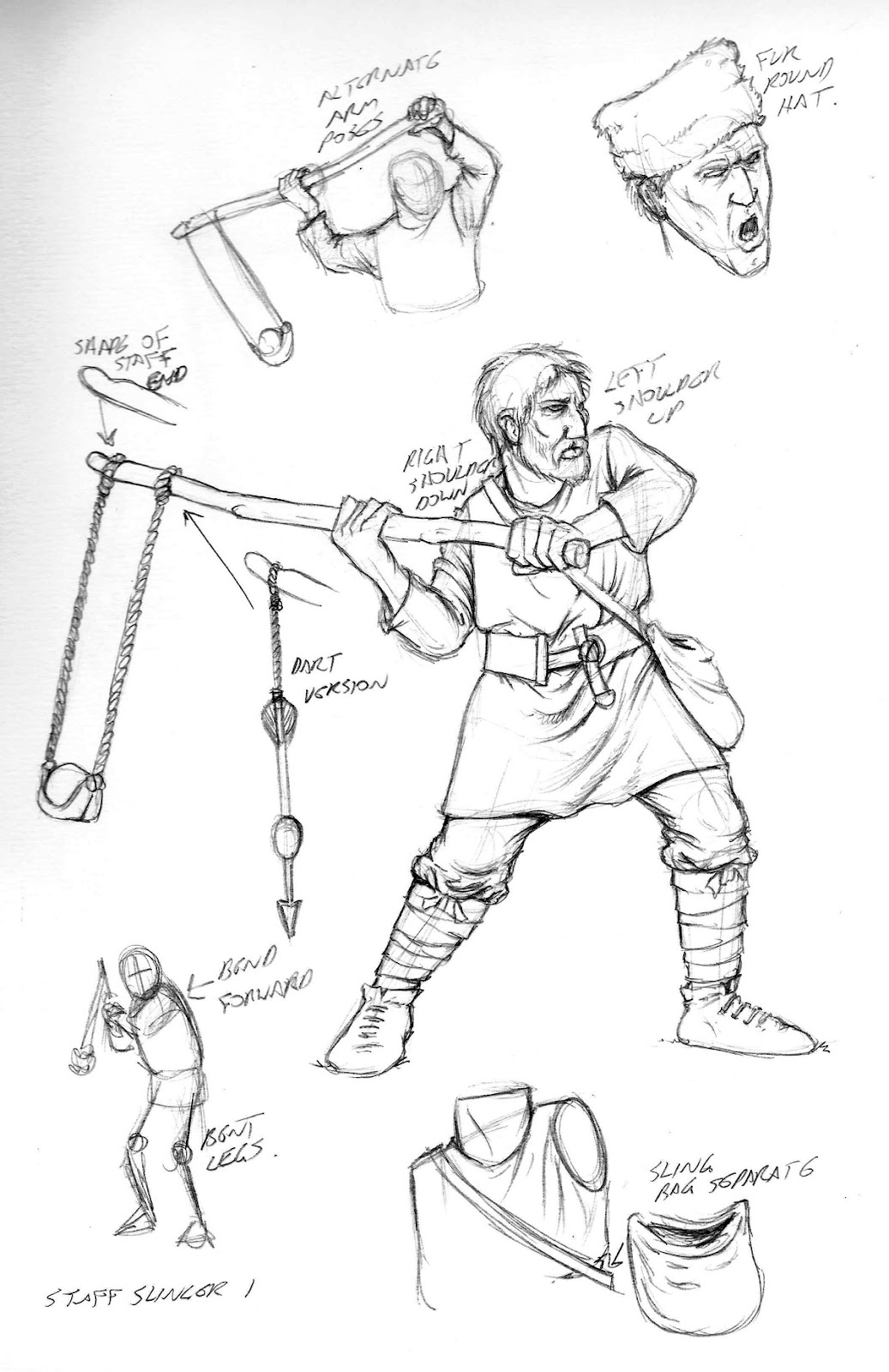 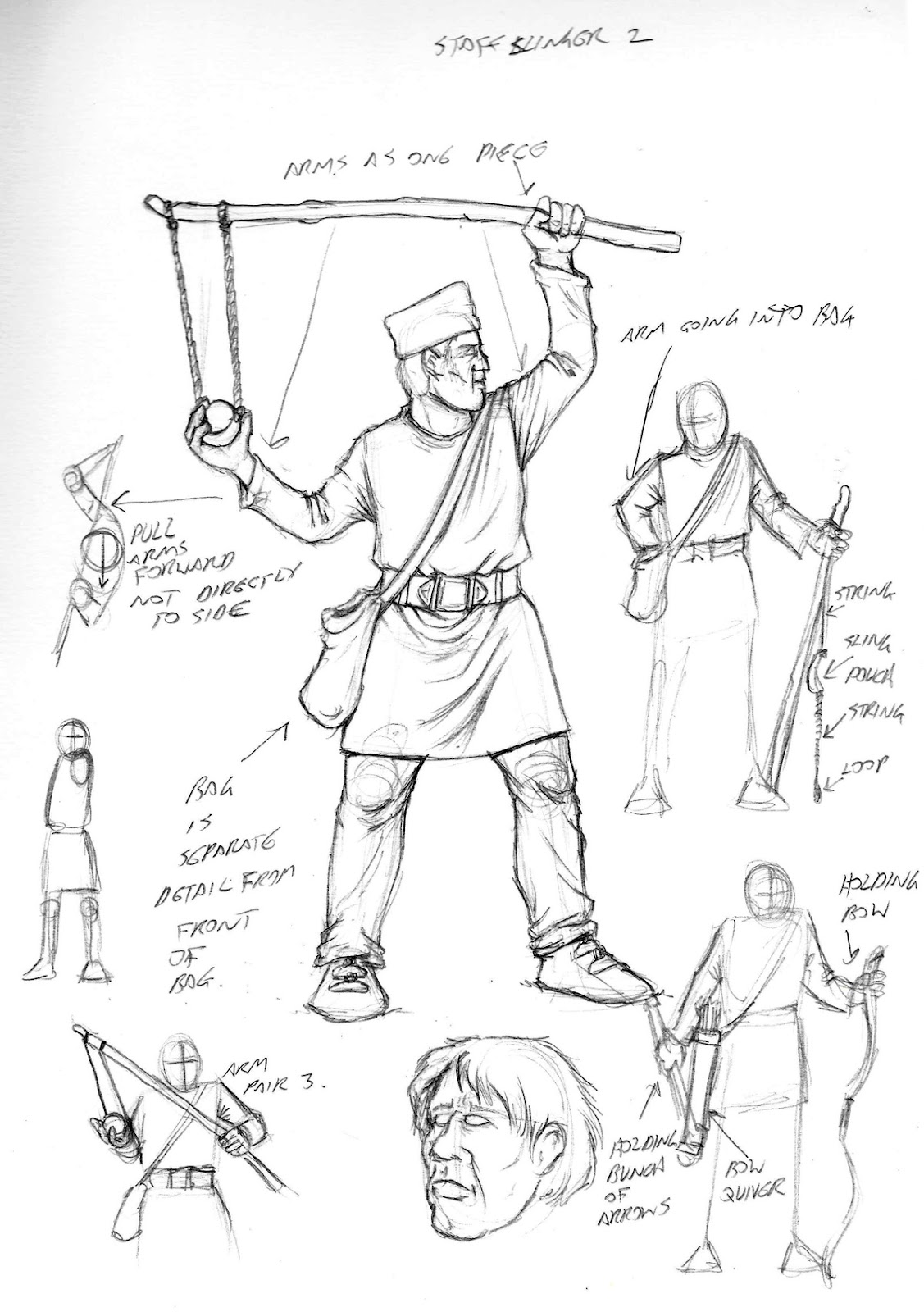 These look amazing as usual! I do have wonder though, if you’re going to late Roman archers, will you do late Roman legionaries? That would be fantastic! Also, and I’m sure you know this, the Romans used horse archers quite a bit, especially during the late empire. We could probably convert them by combining some kits, but a bespoke kit for them would be pretty cool.

Great job. If you decide to create the Roman armies of the 4-5th centuries, will you create their ennemies too ( Persians, Germanic tribes, Pictish and Scots)? Best regards from France

How many slingers and staff slingers will you be able to make from the box?

Would it be possible to make them all with either cylindrical hats or all without?